2016 was a fantastic year on Singletracks, filled with epic adventures, incredible stories, and engaging conversation! Every year you vote with your clicks, and this year our list of the 10 most popular Singletracks articles is home to some truly high-quality content!

Did you miss any of these articles when they were first published? Be sure to give them a read now:

10. Opinion: 10 Reasons Why You Should NOT Race Your Mountain Bike

My opinion piece about the top 10 reasons why you should NOT race understandably caused a lot of controversy and consternation–so much so, in fact, that one of our former writers had to come out of retirement to rebut me:

Our roundup of the 12 best flow trails in the USA was based largely on survey results from you, our readers, and it offered some pretty intriguing geographic diversity!

8. Opinion: You Should Arm Yourself When You Mountain Bike

While admittedly Michael Paul’s article didn’t deal solely with firearms–that was only one small portion of it–this article on riding armed was hands-down the most controversial article on Singletracks.com this year, if not ever. It generated 217 comments on the website alone, and an additional 696 comments on our Facebook page. Two of the highest-rated Facebook comments were:

“I carry an AK-47 and shoot the shit out of everything as I ride. I keep grenades in my camelback and I toss them at wildlife as I ride by. I like to boast about how tough I am while doing it, too. If you don’t carry a gun, you’re not as cool as me and you don’t understand the world as well as I do. All these gun bros are my bros. Bros for life, bro.” -Jim Diesel (271 up votes)

“You should arm yourself when you breathe.” -Jeremiah Nunes Johnson (137 up votes)

7. Mountain Biking Has an Identity Crisis… And it Affects Us All 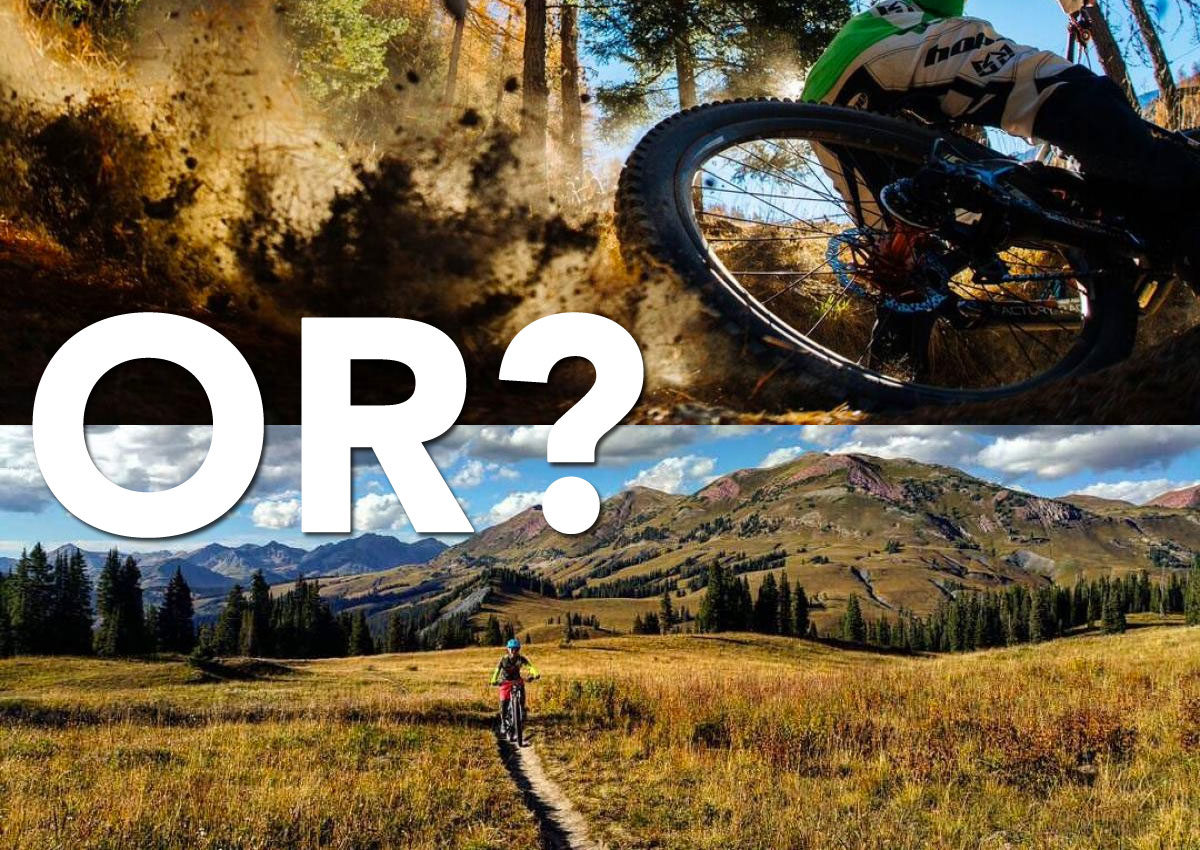 In addition to being the 7th most popular article of the year, I also selected this article as one of the most meaningful.

Since I wrote it, it’s been translated into multiple languages with my permission, and has been quoted and discussed at mountain bike advocacy summits around the world.

There are no easy answers.

6. Most Popular Mountain Bike Trails in the US and Canada, State-by-State (2016) 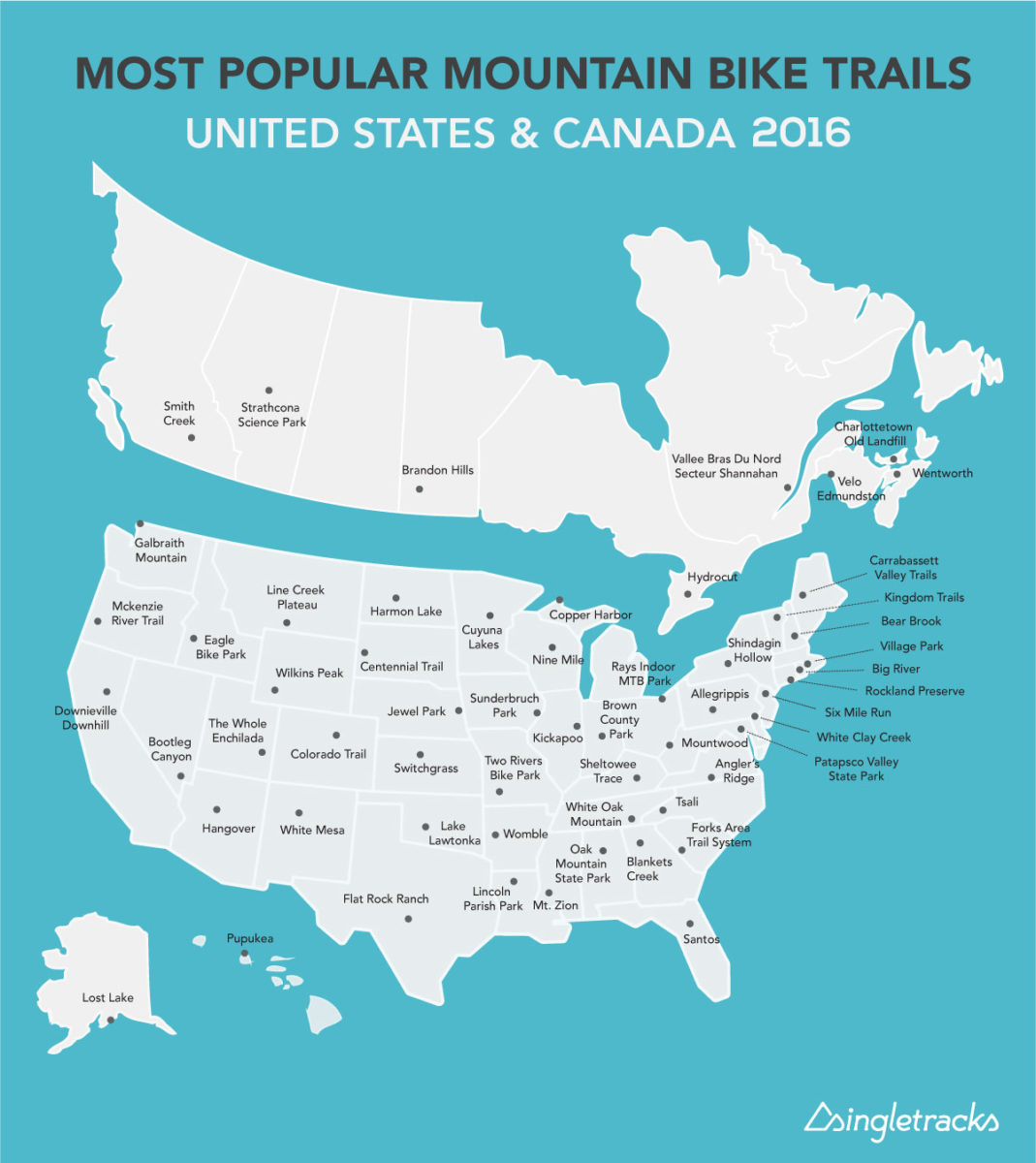 2016 was the third year that we’ve run this annual infographic, but it continues to be a crowd favorite in large part because the rankings change every single year. New trails work their way up the ranks and old trails fall down–the “most popular” trails are constantly in flux.

5. The 51 Mountain Bike Capitals of the United States 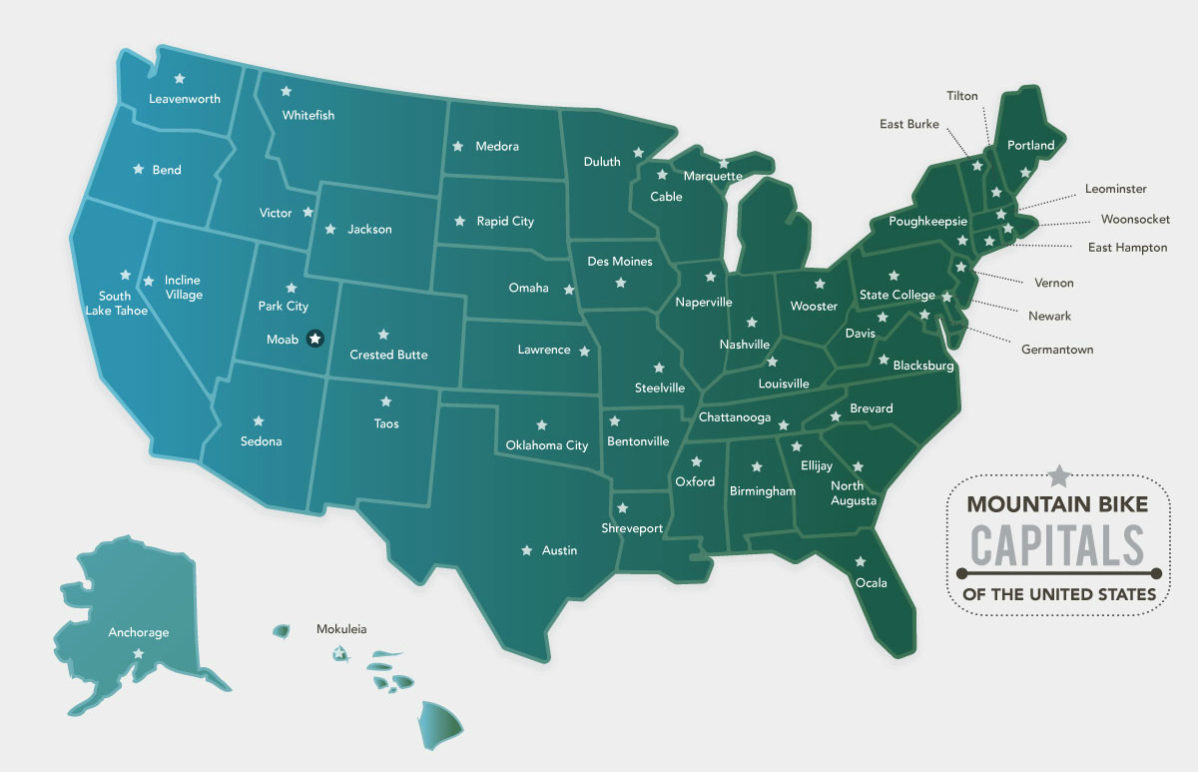 To build this detailed nationwide analysis we dove into the data surrounding all of the best mountain bike destinations–how many miles of trail they offer, different varieties of riding available, the quantity and quality of the mountain bike amenities, and more. We also tried to analyze more subjective variables like mountain bike culture, history, and impact on the sport. At over 5,600 words in length this is the most in-depth destination analysis we’ve ever compiled! 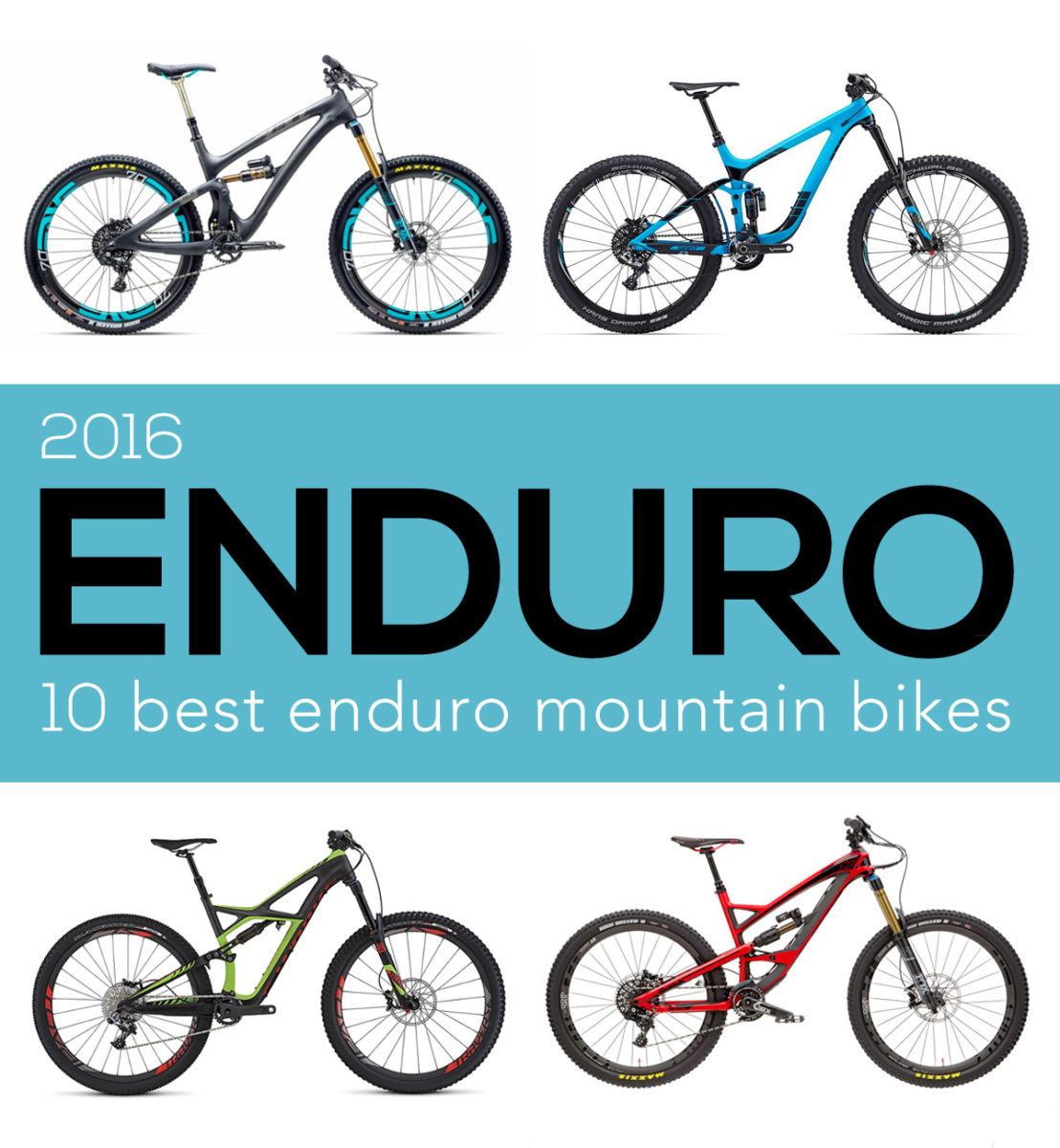 Enduro is hot, and these are the 10 hottest of the hot bikes!

3. The 10 Best Apps for Mountain Biking

While some of us might prefer to leave our electronics at home when we ride, it’s impossible to deny the influence that pervasive apps like Strava have had on our sport. Here we round up the 10 best apps related to mountain biking. 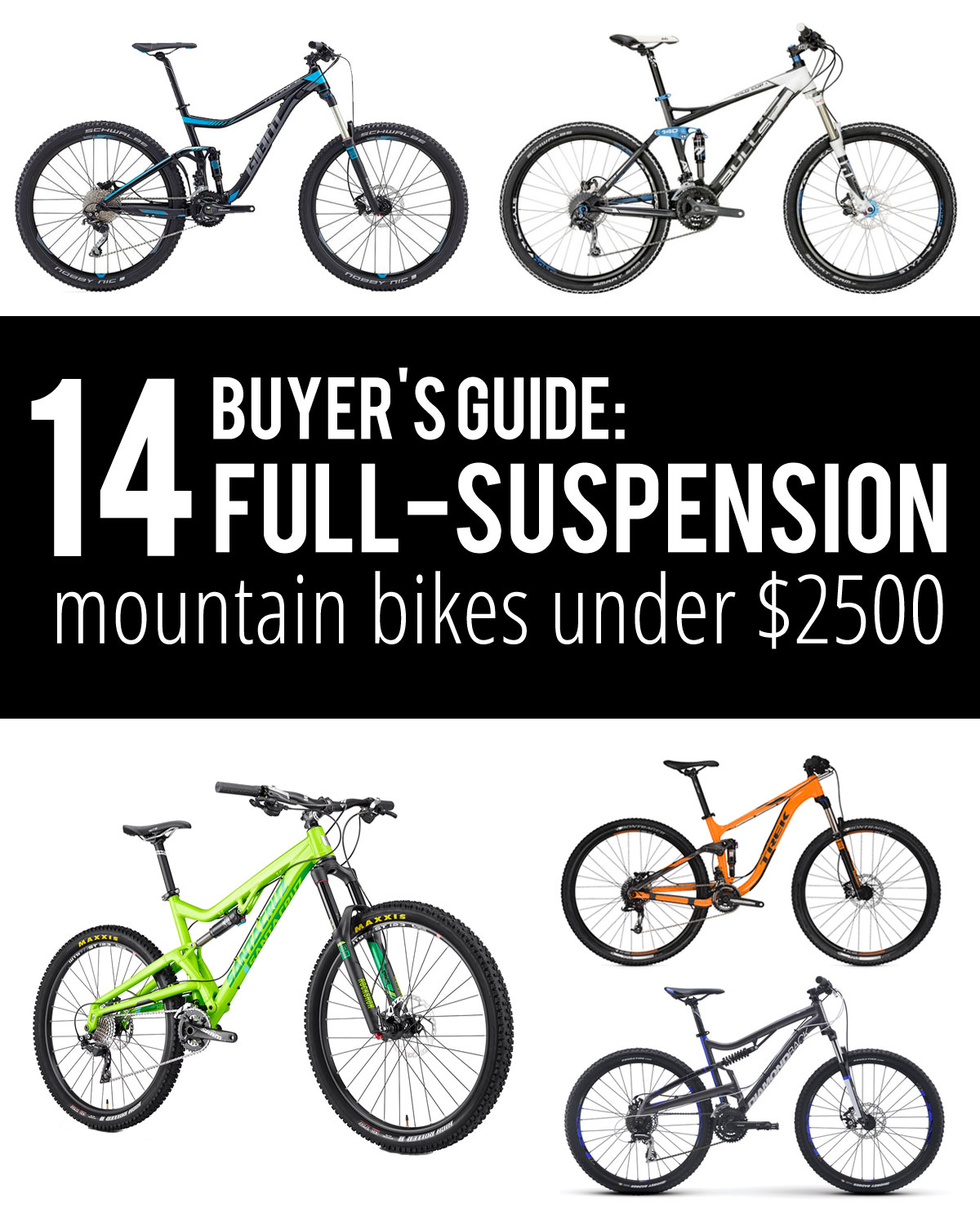 Budget bike buying questions are the #1 forum post topic and #1 inquiry we get via our Facebook page, and generally, most everyone wants to get the best bike they can for the least amount of money. Here are our top picks for budget-friendly full suspension mountain bikes. 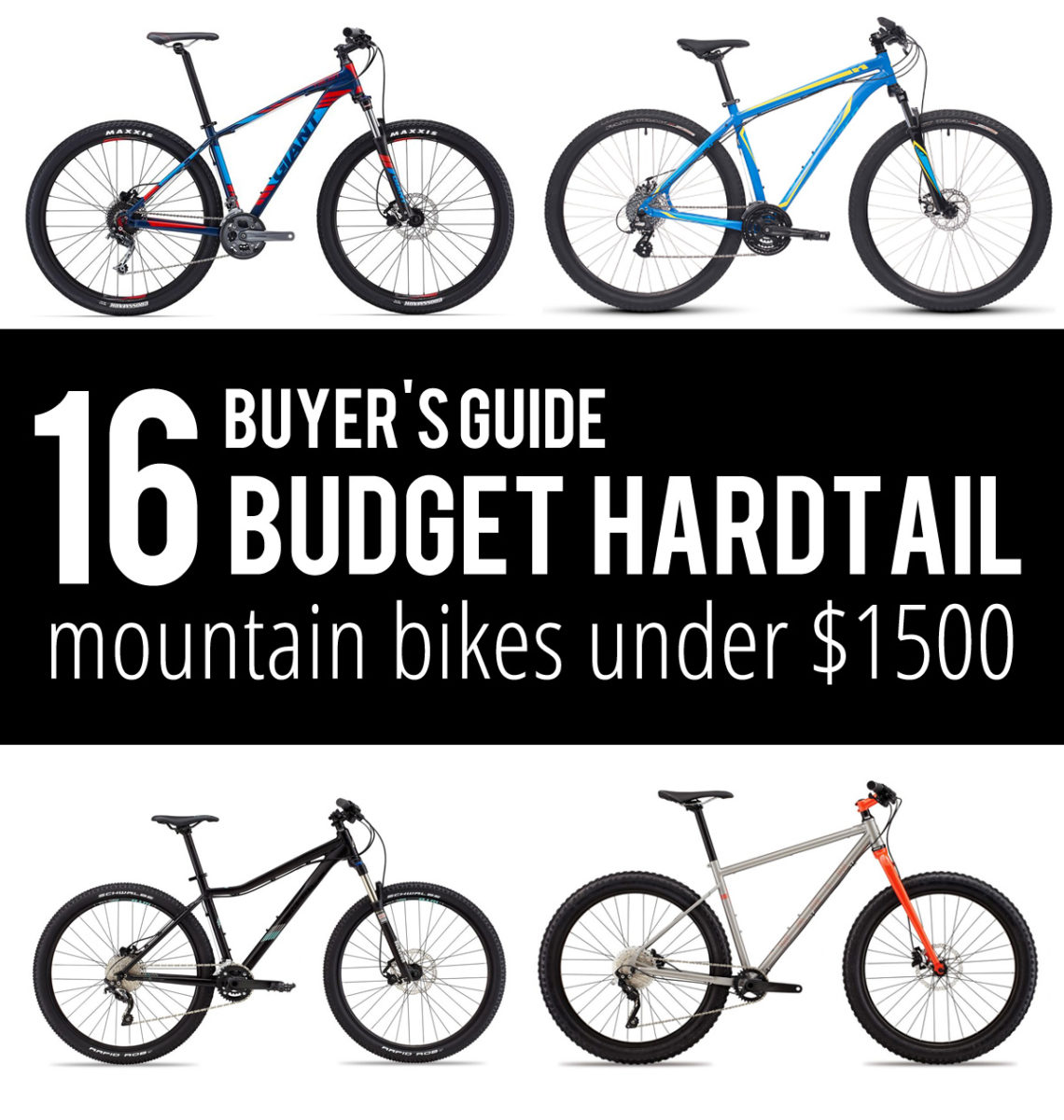 While most of us would like a full-suspension rig on the cheap, oftentimes if you’re trying to buy the best mountain bike for the money, a hardtail will offer the best value and the best components, which is why this article earned the honor of the most popular post of the year!

Still haven’t had enough? Be sure to check out our 13 most meaningful articles of 2016: