I moved to Boulder, Colorado, in the summer of 2013 and picked up mountain biking almost immediately. I spent a good part of the modest moving bonus I received from my employer at the time on a 2008 Specialized Stumpjumper FSR Comp that I found after a few days scouring Craigslist.

It was too small for me, but I didn’t know that then. I loved that bike.

Perhaps most of all, I loved how accessible it (and the hardtail I owned after it—and the one I now own) made the rolling foothills and storied mountains that surrounded our house.

In elementary school growing up, I remember that we spent a lot of time talking about Manifest Destiny and the westward expansion of the 19th century. For those willing to make the trip, the West held the promise of a better life, whether by free land, precious metals, or simply the opportunity to start anew.

Those stories come to life by bike.

Dotting the trails are remnants of Colorado’s rugged history, and the more time I spent on the singletrack that winds its way across the Front Range, the more I noticed the ragged lumber and stone foundations that once held possibility for the people who lived here.

The more of them I saw, the more curious I became to know and understand them.

Rather than hope to stumble across these historic sites by accident, I began to seek them out, scouring the internet for homesteads, ghost towns, and anything else historically significant within a few dozen miles of home.

To my surprise (but perhaps not surprisingly) there were more than a few—from abandoned mining claims to once-sprawling ranching settlements that have been all but dusted over.

Some of them are accessible by car, and many are not. In either case, visiting by bike affords a kind of perspective on the hardship and isolation the early miners and homesteaders must have felt—and the kind of grit and perseverance necessary to keep them going, especially en route to old mining towns miles into the mountains.

Even by bike, I travel on roads and trails that the miners and settlers would have had to blaze themselves, fighting the elements, elevation, and unforgiving terrain for even the possibility of some reward.

It’s remarkable, and it’s an experience more rewarding than I can describe—one I’d highly recommend.

How to Visit Historic Sites by Bike

If you’re interested in feeling it for yourself, here’s how I’d recommend finding your destinations:

Step 1: Start with Wikipedia. It’s an easy way to get a general, down-and-dirty history about your area. There, you can usually find out when the area was established, what industries (if any) might have driven its exploration and settlement, and anything vital to its development. It’s easy to go down the rabbit hole here. (The deeper it goes, the better.)

Step 2: When you’re ready to get more specific, local and/or state registers of historic places can give you a closer look at some of the most important locations in a place’s history, from buildings that played a pivotal part in the story of an area to examples of architecture that defines an era. They can be a great resource for finding things that didn’t make the Wikipedia page, but which still played a fascinating part in an area’s history.

Step 3: Wikipedia again. I know, I know, but sometimes once you’ve found a building through a historic register, backing up and looking more broadly at the history of the surrounding area could reveal an even more exciting opportunity for exploration. 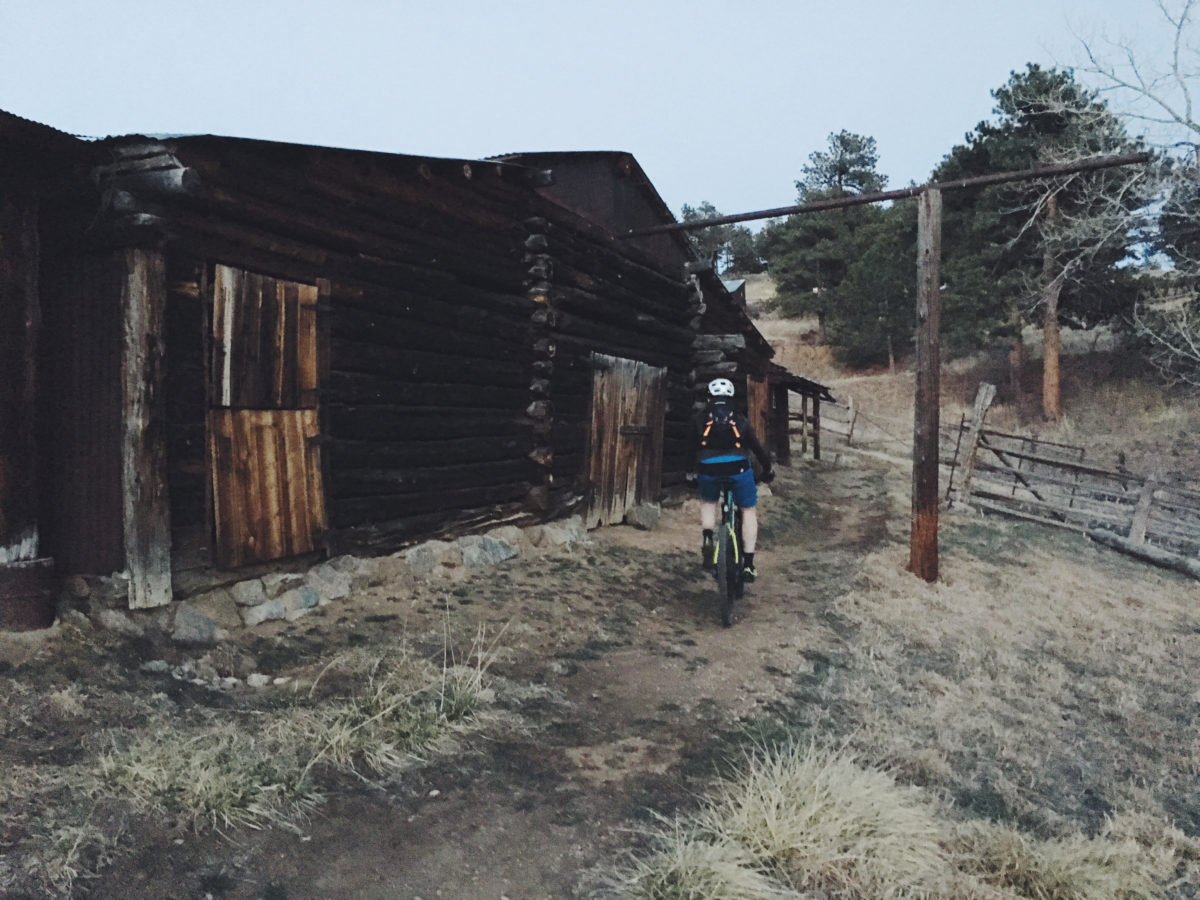 Step 4: Once you’ve found a place you’d like to go, Google Maps is a great way to figure out the most remote way to get there. Although they’ll almost certainly route you the fastest, you can find more scenic ways to arrive. The further you have to zoom in before what becomes your route appears, the more fun you’re going to have taking it.

Step 5: Ask around. There’s a lot of information on the internet—a lot—but finding the most relevant landmarks and locations is much, much easier with the help of a live person who knows it. Nobody knows what you’ll find on the trails and fire roads of a new place like the people who’ve ridden them time and time again.

Your Turn: Anything I missed? (And selfishly, is there some ruin or landmark near Boulder that I ought to seek out?) Let me know!

I think my favorite historical sites are the ones I stumble upon by accident–rounding a corner to find an old cabin, mine, foundation, etc. is always fun!

You probably already have, but if not, you’ve got to go pedal all around homestead meadows. Off hwy 36 between Lyons and Estes. Access it via the Lion Gulch trail or through Hermit Park. Tons of old settlement ruins and lots of fun riding.

Thanks for the suggestion! My wife and I almost hiked up there a couple weeks back but wound up going all the way to Estes instead. I’ll have to check it out!

Mongwolf- From one RR history nut to another, ride to the old Colorado Midland tunnel at Hagerman Pass (Leadlville). It’s a fun trip. There are some great historic photos online.