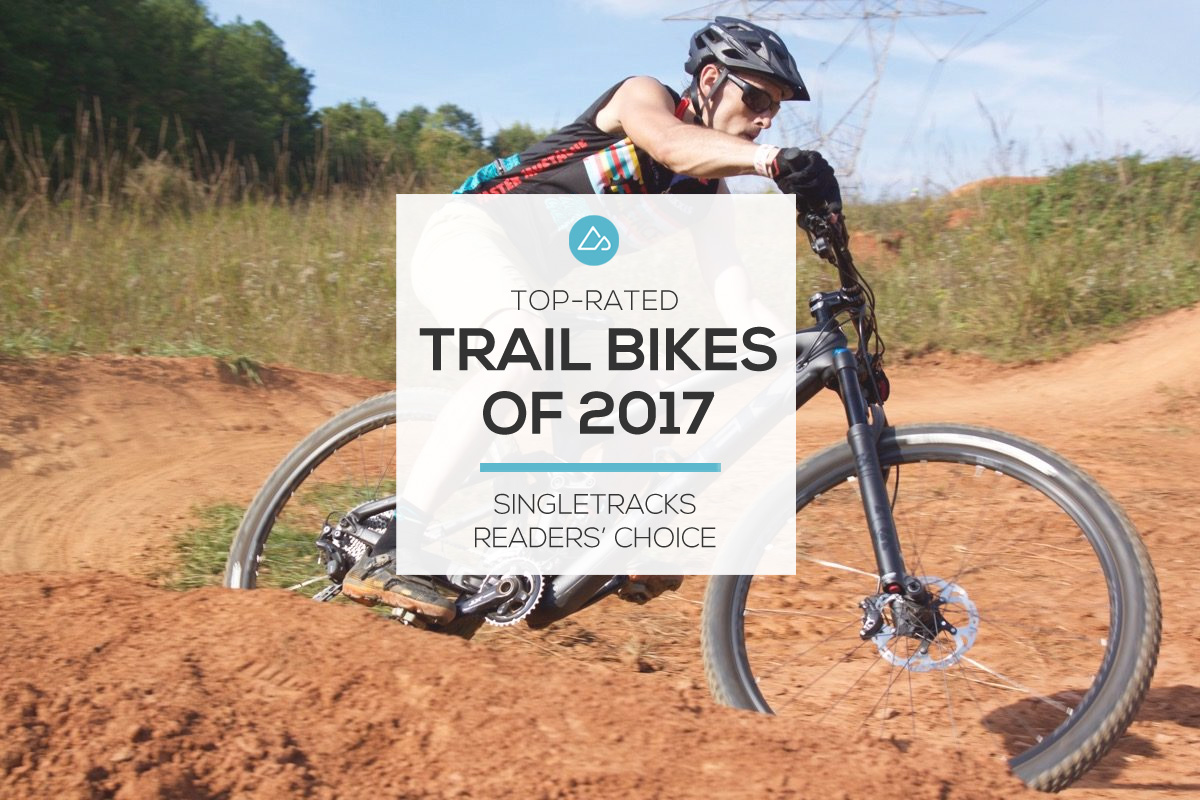 We surveyed just over 2,100 mountain bikers and asked them to choose their favorite trail bike of 2017. Not surprisingly, the following list features some of the best-selling mountain bikes overall, with many familiar names in the mix. We were also stoked to see some lesser-known brands inching closer to the top 10, so we’ve included several up-and-coming bikes as well. 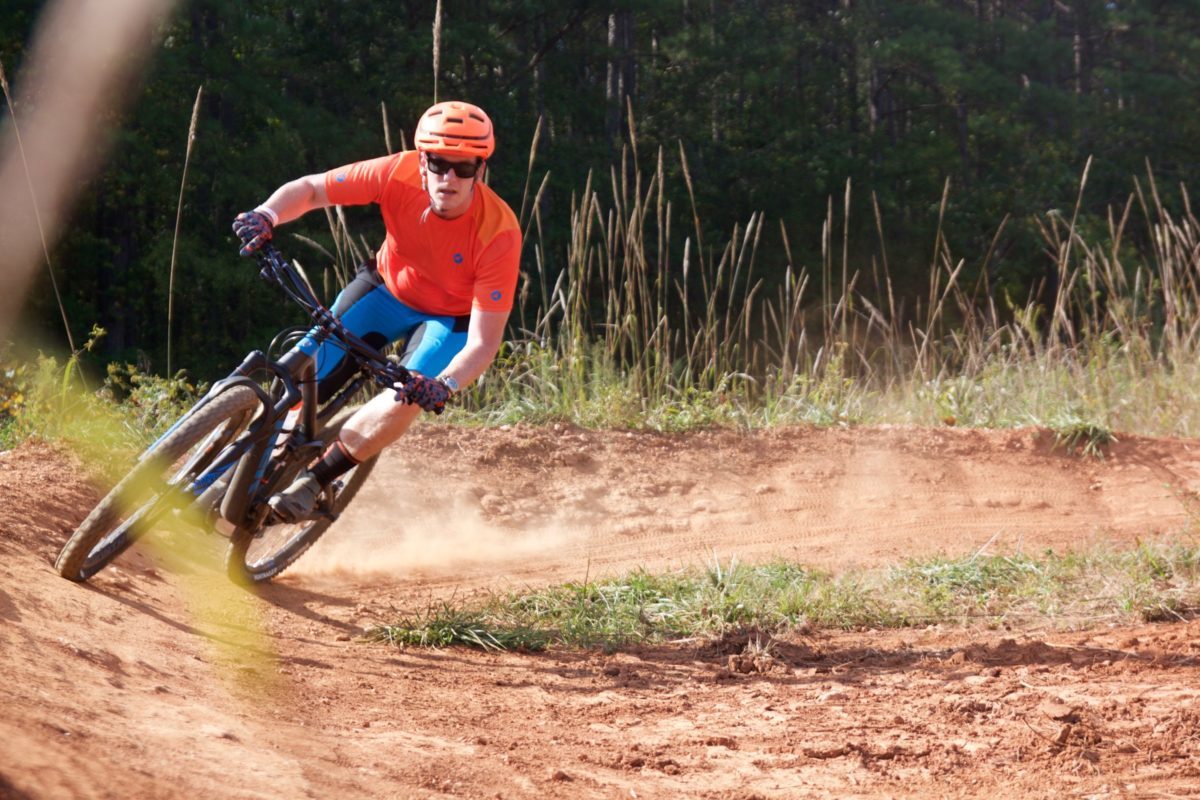 The Trek Remedy features more aggressive geometry than many of the trail bikes on this list, with a slack, 65.5° head tube angle and 150mm of front and rear suspension. First introduced in 2006, Trek says the “Remedy is the mountain biker’s mountain bike,” which confirms this trail bike’s role as a do-all bike that’s not too hard or too soft. The Remedy is currently offered with 27.5-inch wheels, and an aluminum builds start at $2,999.99, while a top-of-the-line carbon model is listed for $7,999.99.

The Tallboy essentially began life as a 29er cross country bike, but over the past couple of revisions it has drifted into solid trail bike territory. The latest version of the Tallboy, like a few other bikes on this list, can be configured to run either 29er or 27.5+ wheels. Santa Cruz specs the 29er version with a 120mm fork up front, while the 27.5+ version gets 130mm of front suspension travel. The rear shock offers just 110mm of travel, which is on the low end for the trail bikes on this list, while the 68° head tube angle sits toward the steep end of trail bike geometry. 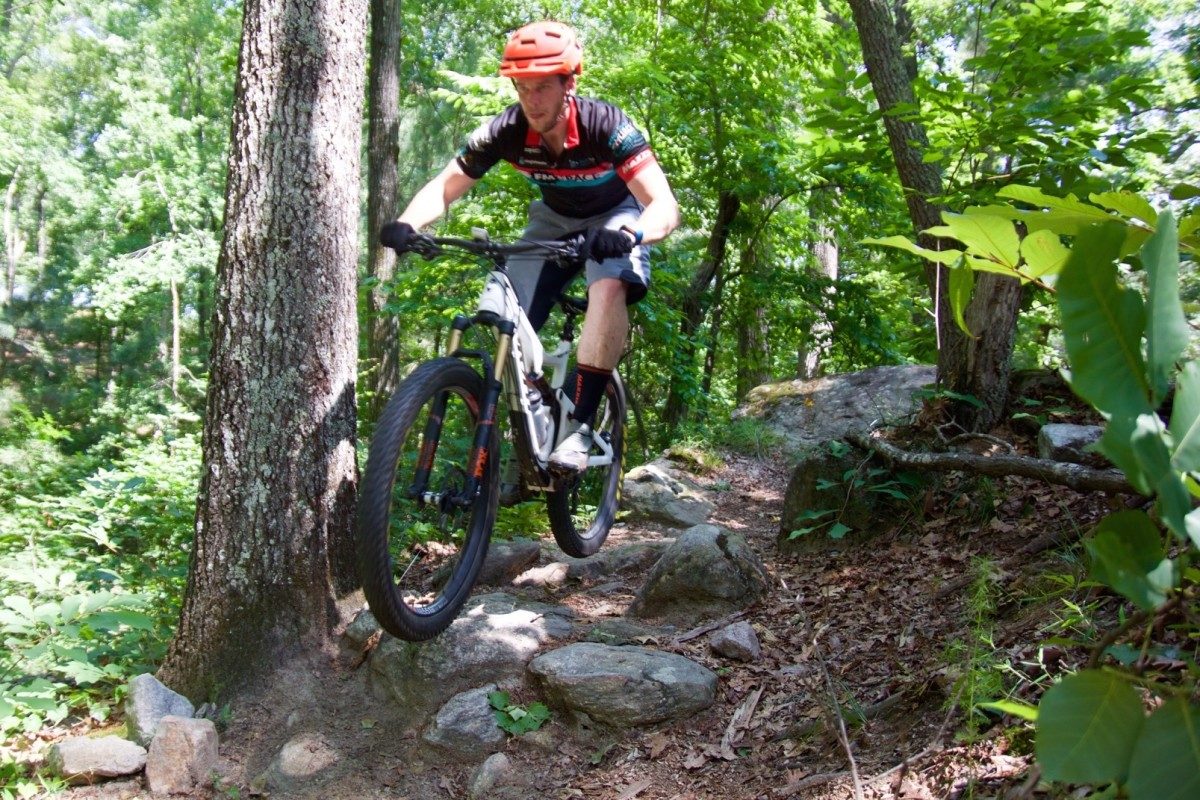 The Pivot Mach 429 Trail, like the Santa Cruz Tallboy, can be configured to run either 29er or 27.5+ wheels. Pivot specs the bike with a 130mm fork in either scenario, which means the 67.5° head tube angle with 29er wheels slackens a hair to 67.0° with 27.5+ wheels. In the rear, the Mach 429 Trail offers precisely 116mm of DW-link suspension travel, providing what Pivot describes as “a bottomless feel.” With only carbon frames to choose from, the Pivot Mach 429 Trail starts at $4,299 for a basic build and ramps up to $8,299 at the high end.

It’s hard to believe the Santa Cruz Hightower has only been around for about a year and a half. In that short timeframe, the bike has not only built a huge following, but Santa Cruz has already extended the line with a long travel version of the original. The standard Hightower is designed to work with both 29er and 27.5+ wheels thanks to a “flip chip” that adjusts the bike’s geometry. Santa Cruz specs the 29er version with a 140mm suspension fork while the 27.5+ builds ramp up front suspension to 150mm. Either way, the bike features 135mm of VPP rear suspension travel and a 67° (give or take 0.2°) head tube angle.

Last month Santa Cruz announced another version of the Hightower, the Hightower LT, which drops 27.5+ compatibility and bumps the suspension travel up to 150mm front and rear.

The Giant Trance is one of the more aggressive trail bikes on this list, with 150mm of suspension travel up front and 140mm in the rear. Giant is only offering the 2018 Trance with 27.5-inch wheels, though the company notes the frame has clearance for burly, 2.6-inch-wide tires. Overall, the Trance’s geometry falls toward the middle of the trail pack with a 67° head tube angle. Alloy versions of the Trance are available for $2,300 and $2,825, with carbon models retailing for $4,000, $5,000, and $8,000. The good news: prices for the 2018 models are down slightly compared to 2017!

Santa Cruz last updated the Bronson a couple years ago, going longer and slacker even before it was a thing. The bike features 150mm of suspension front and rear, utilizing the same VPP linkage design as the Nomad. With a 66° head tube angle, the Bronson sits on the slack end of the trail bike spectrum. Santa Cruz offers both carbon and aluminum versions of this 27.5-inch wheeled bike, with prices starting at $3,299 for a complete build, going up to $8,099.

For those keeping track, the 5010 is the fourth Santa Cruz mountain bike to make Singletracks readers’ list of the best trail bikes of 2017. The 5010 pairs a 67° head tube angle with 130mm of VPP suspension in the rear to land this bike solidly in the middle of trail bike territory. With 27.5-inch wheels, Santa Cruz calls the 5010 a “laser sharp, agile backcountry trail whip.” Build prices start at $2,649 for an aluminum version and go up to $7,999 for top-of-the-line carbon builds.

Yeti offers a number of trail bikes in their line-up, but the SB5 is far and away the company’s most popular among Singletracks readers. The SB5 offers 5″ (127mm) of rear suspension travel, and the bike utilizes Yeti’s unique Switch Infinity translating pivot. A moderately slack, 66.5° head tube angle and a 150mm fork up front allow this 27.5-inch wheeled bike to climb and descend efficiently, making it a popular choice for trail riders. Yeti SB5 prices start at $4,699 and top out at $10,499.

Trek seemingly offers a bajillion different Trek Fuel EX builds, which means most consumers can find a Fuel EX with the parts they want at a price they can afford. For the 2017 model year, Trek dropped the 27.5-inch wheel option and has gone all in on 29ers, though the new Fuel EX also officially supports 27.5+ wheels.  The Fuel EX offers 130mm of travel front and rear, and takes on either a 67° or 67.7° head tube angle, which can be adjusted via Mino Link.

Like the Trek Fuel EX, the Specialized Stumpjumper FSR comes in dozens of different configurations, featuring various wheel sizes, frame materials, and components. Both the 29er and 27.5+ (in Specialized parlance, 6Fattie) are specced with 150mm of suspension travel up front and 135mm of travel in the rear. The 650b version (Specialized seems to be the lone holdout still using this term) bumps up the rear travel to 150mm. Much of the geometry is the same across the various wheel sizes; for example, the 29er, 6Fattie, and 650b models all have a 67° head tube angle.

But wait, there’s more! After tabulating the results for this year’s list, we noticed some interesting bikes hanging out in the wings, just outside of the mainstream of the top 10. Here they are, ordered by the most votes to the least.

The YT Jeffsy is unique among the bikes on this list because it can only be purchased online, direct from the manufacturer, YT Industries. Greg test rode the 2016, 140mm Jeffsy 29er in California last year saying, “I found myself incredibly impressed by how capable this […] bike proved to be.” 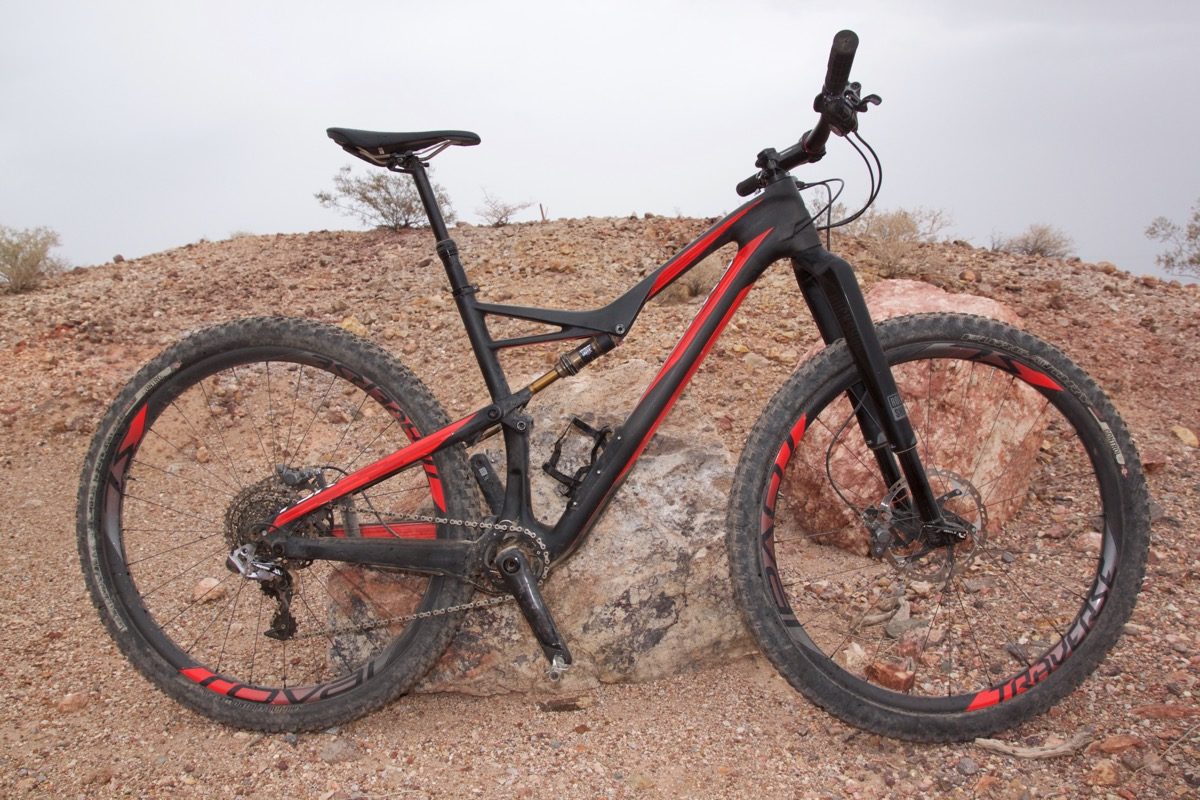 The Specialized Camber is another one of the three full suspension “trail” bikes in the company’s line, and with 120mm of travel front and rear plus a 68.5° head tube angle, this trail bike leans more toward the XC end of the spectrum than most of the bikes on this list. Still, it’s a very capable bike designed to efficiently tackle both climbs and descents.

Evil’s bike, the Following, is said to have “monster truck wheels with a sports car feel.” The Following is designed around 29er wheels, and the 120mm of rear travel can be paired with either 120mm or 130mm of travel up front. With a 130mm fork, the geometry is adjustable to offer either a 67.4° head tube angle, or a slacker 66.8° angle.

The Trek Stache is notable as the only hardtail on this list. Yes, hardtails can and do venture into trail territory, and the Stache offers a great example of what is possible. For starters, the Stache features 120mm of travel up front, and is paired with beefy, 29+ wheels and tires. Not only that, the bike’s geometry is designed for more aggressive descents than most standard XC machines. Heck, the Stache’s 68.4° head tube angle is a tenth of a degree slacker than the full suspension Specialized Camber mentioned above.

Based on this list, which 2017 trail bike do you think is the best?

Are you serious No Giant Reign !!??

This just goes to show how many great trail bikes are out there right now!

What a surprise. The specialized won. Best bikes out there!

Not surprised the Breezer Repack isn’t listed; Mlink is a fantastic trail design though. I am thrilled with my choice and it’s a cool nod to mtb history. Thanks Joe!