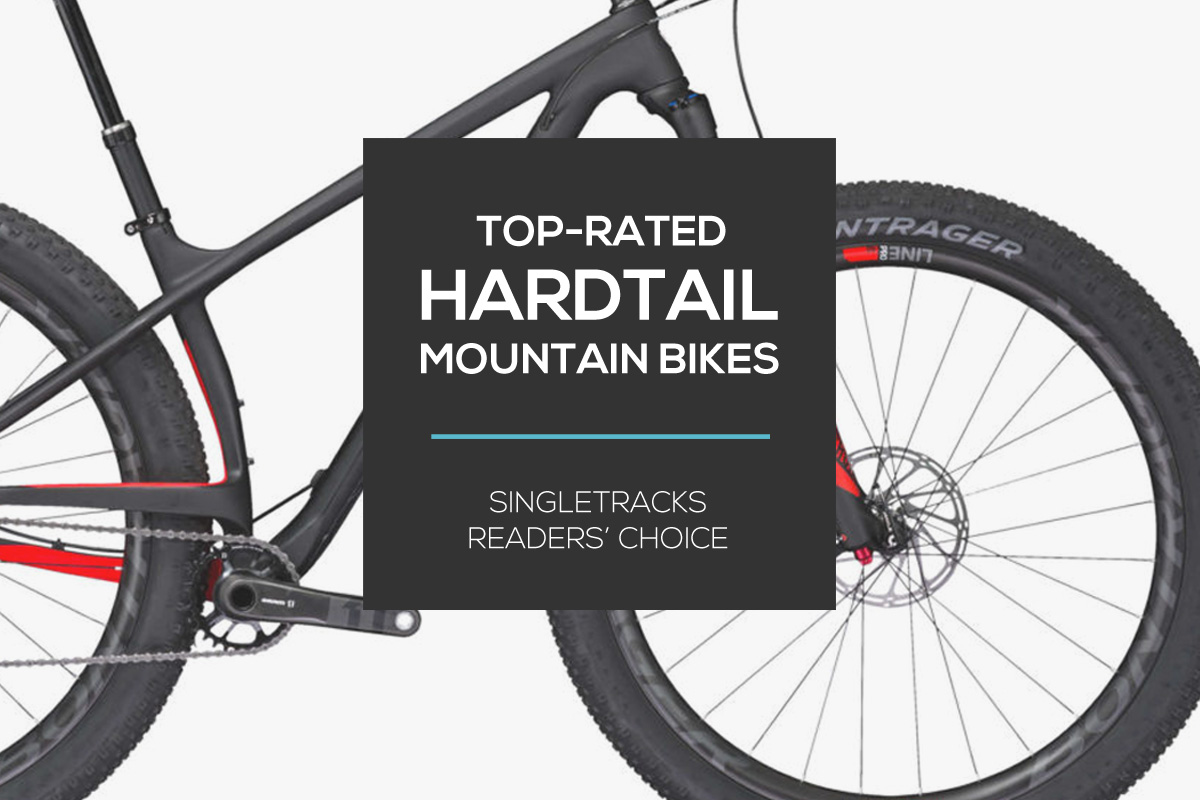 Like full suspension mountain bikes, hardtails run the gamut of price points and capabilities. Want to go fast and light? There are sub-20-pound carbon fiber race bikes for that. Into hucking your meat? Choose one of the numerous all-mountain hardtails that run 140-160mm forks.

It’s likely that most mountain bikers — like me — cut their teeth riding a hardtail. That’s not to say hardtails are just for beginners, though. I still have two that I ride more often than my dually.

But enough about me, here are your picks for the top hardtails: 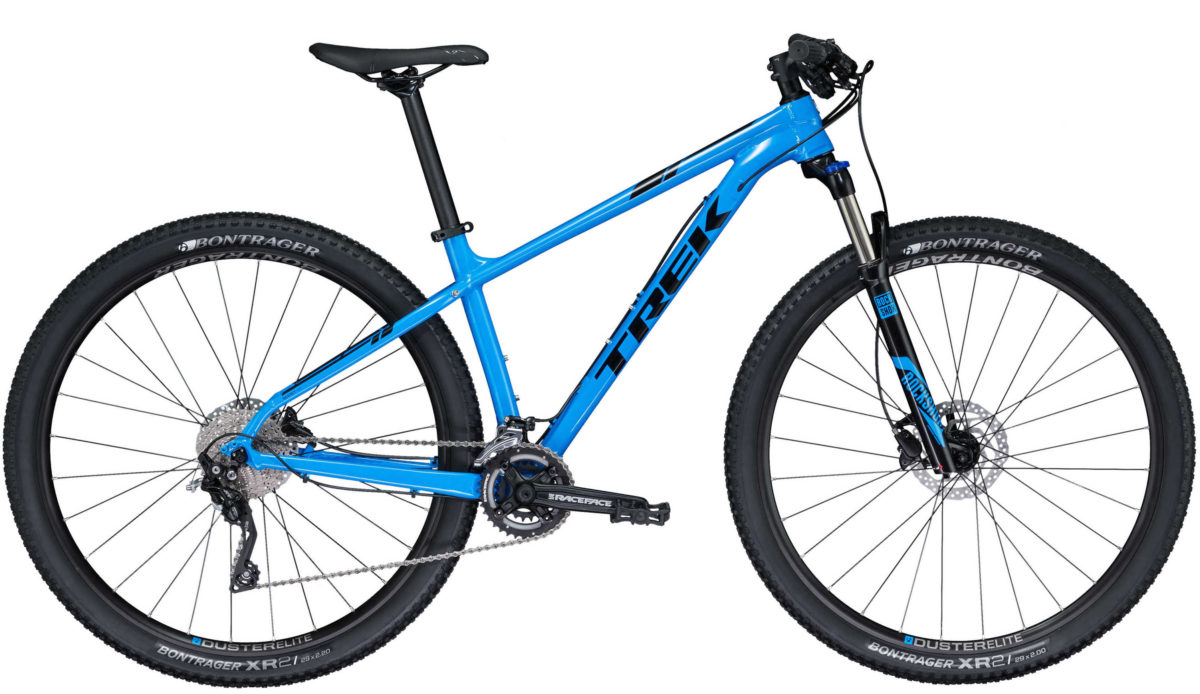 The Trek X-Caliber is a no-nonsense cross country hardtail. It features an aluminum frame with modern features like Boost spacing and internal dropper post routing. The X-Caliber comes in five sizes, with the four largest frames getting 29″ wheels; the smallest, 15.5″ frame gets 27.5″ wheels instead. Trek trimmed a few millimeters off the chainstays for 2018, but overall, the geometry is still firmly XC with a 100mm fork and a 69.3° head tube angle. 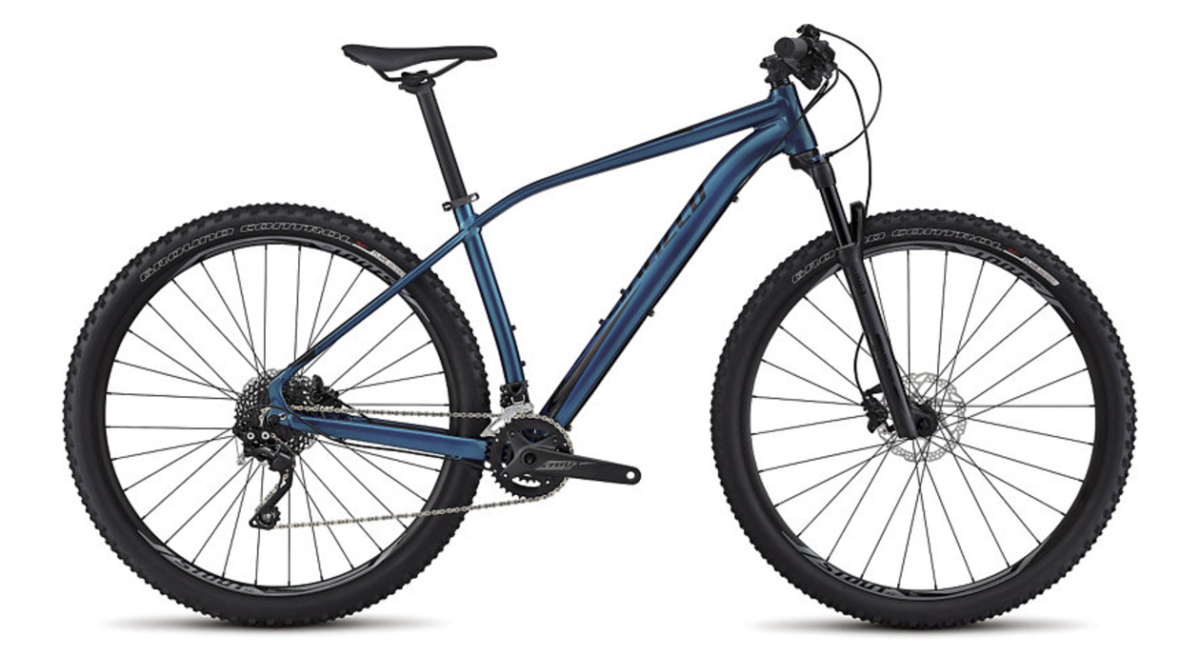 The Specialized Rockhopper comes in five different models starting at $525, making it accessible to a broad range of riders. It’s even more XC than the X-Caliber, sporting just 80mm of fork travel, which gives it a steep, 71° head tube angle. Take your local terrain into account when considering the Rockhopper, as a developing rider’s skills could quickly outpace the bike’s intended purpose. That said, if you have buff trails and you wanna go fast, the Rockhopper could be just the ticket. 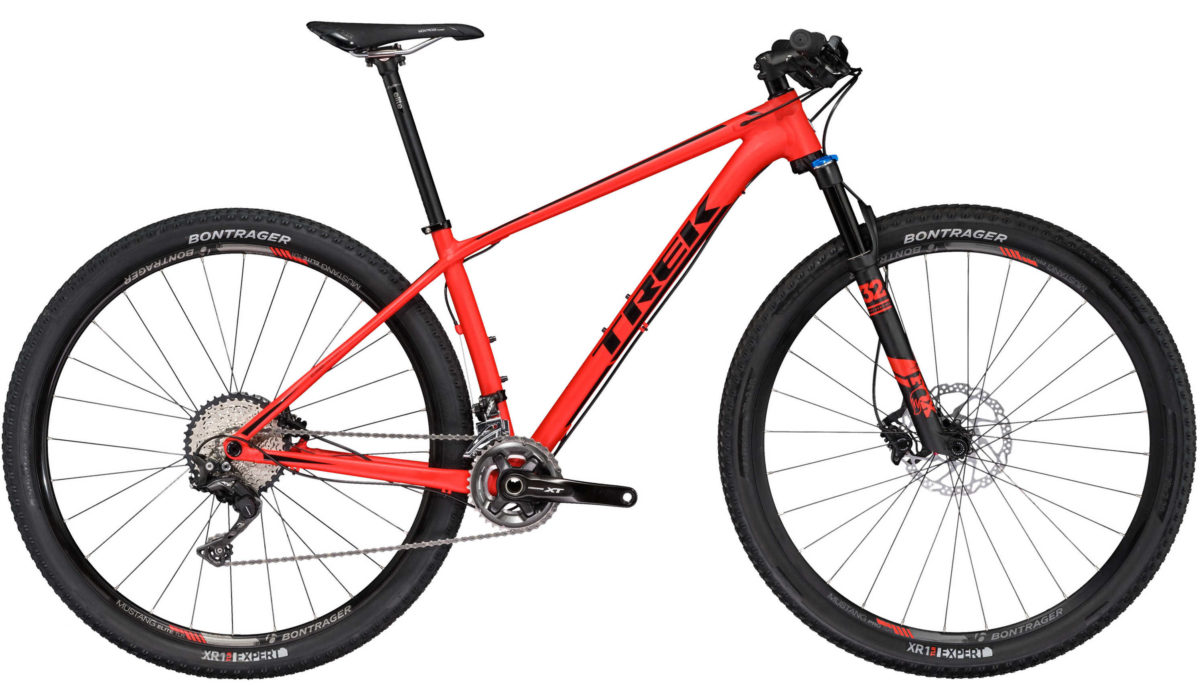 The Superfly picks up where the Trek X-Caliber leaves off. It still sports an aluminum frame, but the Superfly gets Trek’s Alpha Platinum tubeset, while the X-Caliber uses Alpha Gold. Many of the differences between the models boil down to the build kits. As you’d expect from the higher prices, you’re getting nicer components across the board. The Superfly uses a 27.2 seatpost, signaling its XC race intentions. 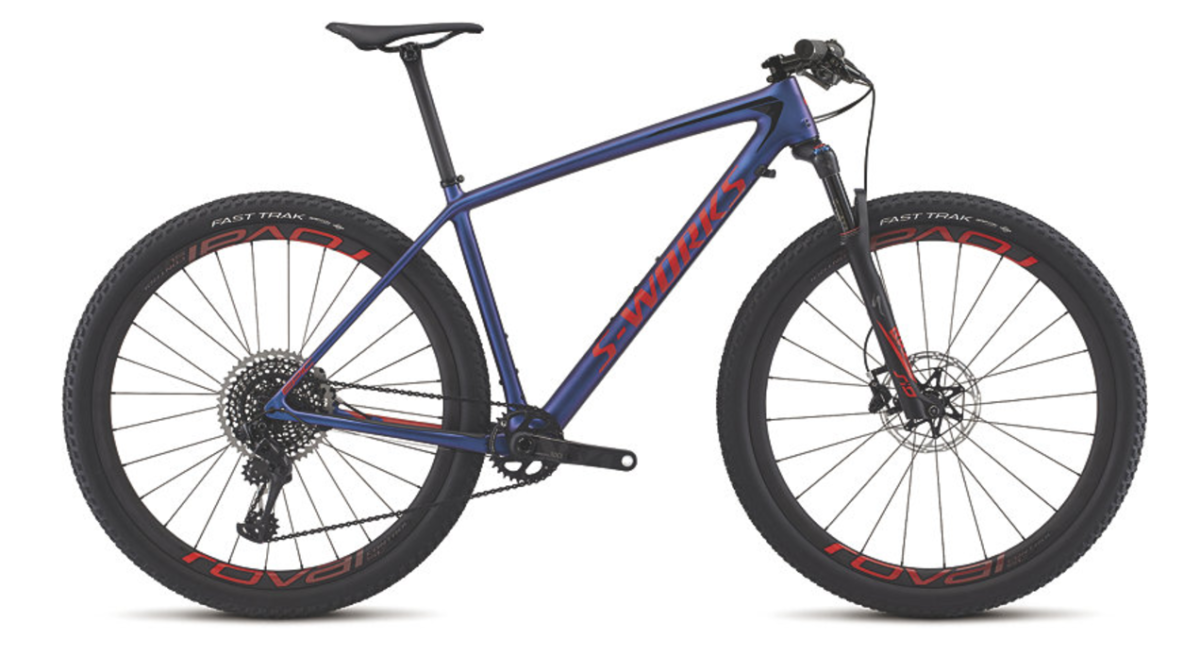 If you like to spend your weekends between the tape, then the Specialized Epic is the bike for you. As you can see, there’s a huge variance in price between the least and most expensive models, but every Epic is a full-bore race bike. The S-Works Epic frame comes in at 875g with paint and hardware, making it the lightest Specialized has ever produced — mountain or road. 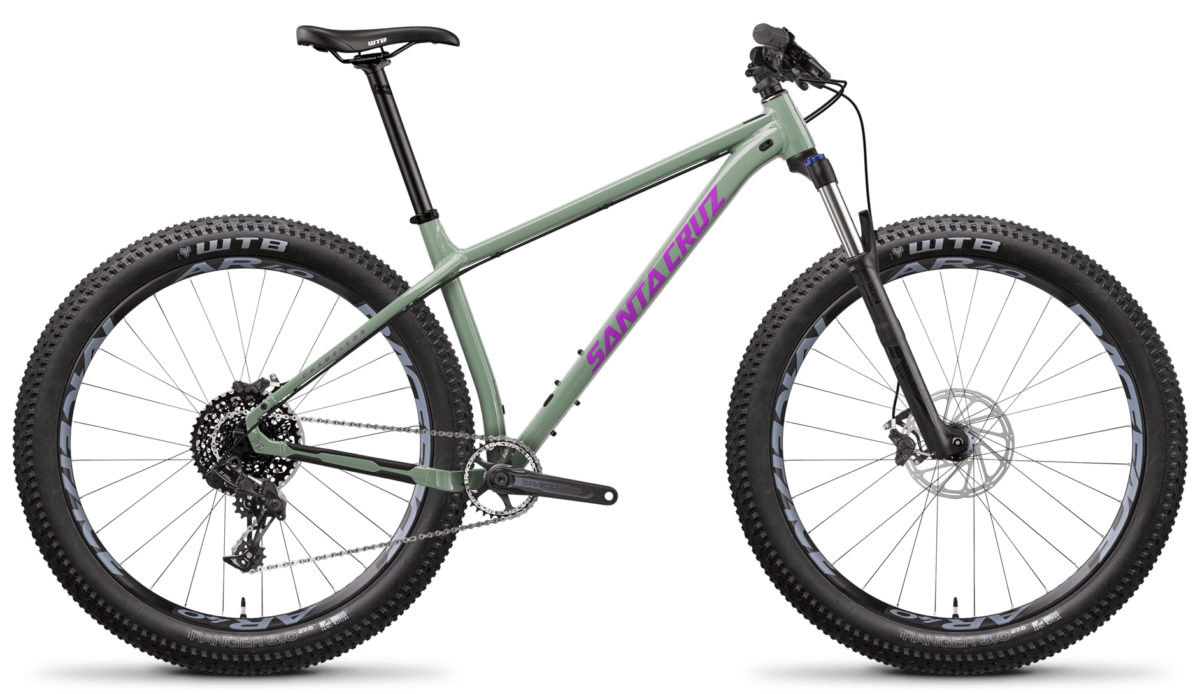 The Chameleon is the least expensive way to get on a Santa Cruz. It began life as a 26er that could run a broad range of fork travel. In 2014, Santa Cruz updated the Chameleon with 27.5″ wheels. The most recent refresh came this year when Santa Cruz released the seventh edition of the Chameleon. This one rolls on 29″ or 27.5+ wheels with a 120mm fork and up-to-date geometry. 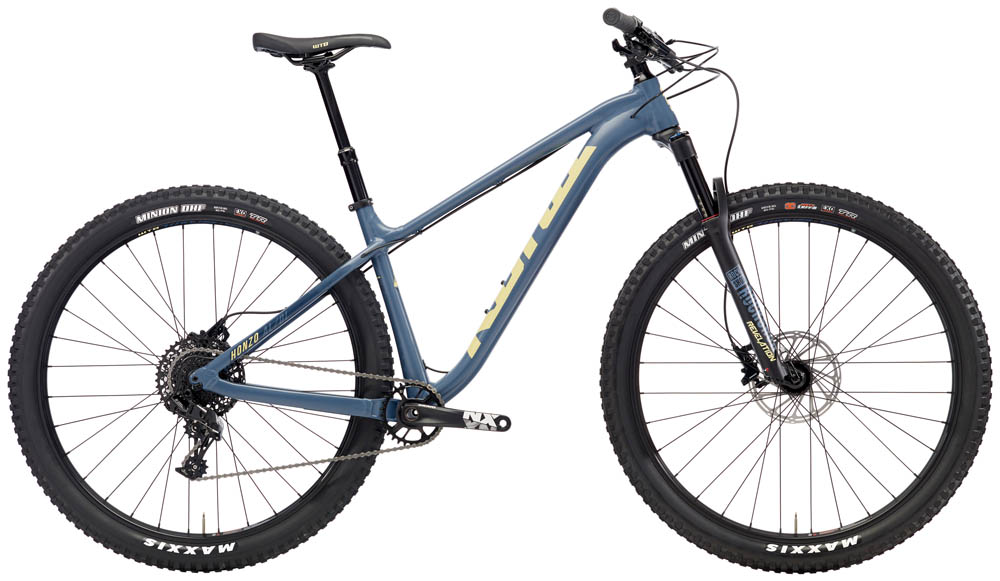 Kona’s Honzo has come a long way in just a few short years. What began as an inexpensive all-mountain steel hardtail has morphed into a platform for at least five unique bikes. You can get a Honzo in steel, titanium, aluminum, and now, even carbon fiber. All the bikes share similar geometry of the long, low, and slack variety. This type of geo is fairly commonplace across trail bikes now, but Kona deserves a lot of credit for pushing the envelope early. The Honzos run on 29″ wheels with a 120mm fork, stubby chainstays, and really long reach numbers (a large is 475mm!). If you like plus wheels, you can get yourself a Big Honzo starting at just $1,800 for a competently spec’d machine.

I recently got myself a steel Honzo frame and built it up with some parts I had lying around, and I can tell you personally, it’s currently the bike I reach for most often. 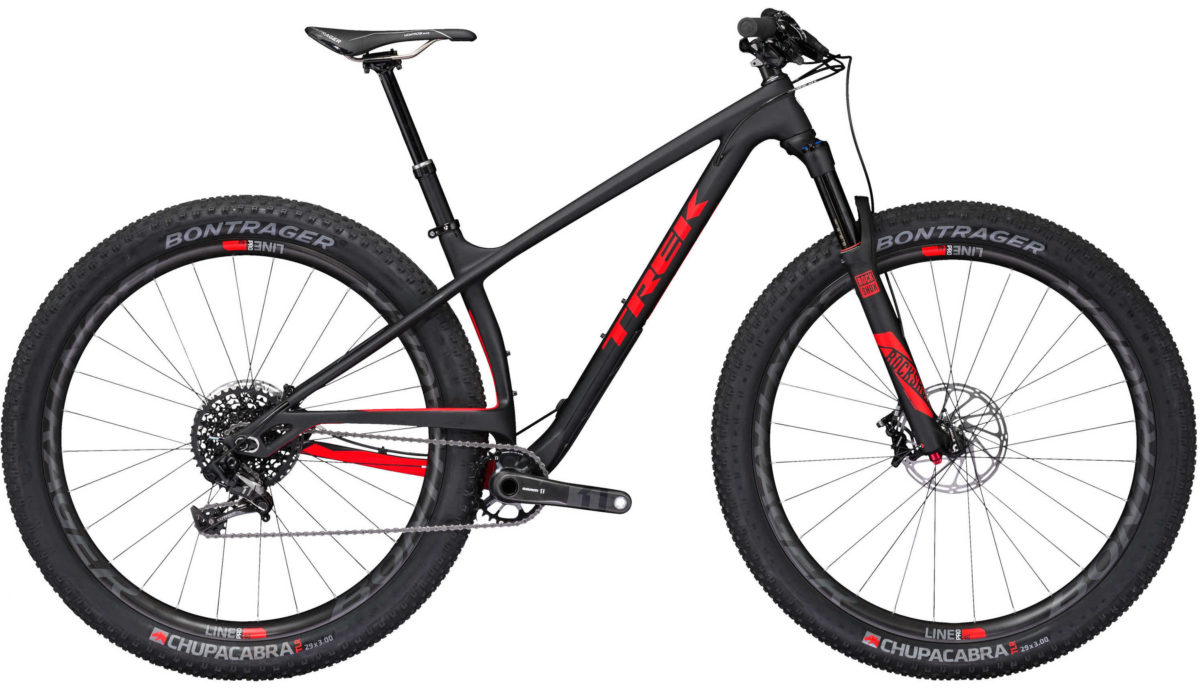 Man, you guys really like Trek’s hardtails, huh? >The Stache managed to edge out the Kona Honzo for the top spot by a single vote. Similar to the Honzo, the Trek Stache is all about fun. A racing hardtail it ain’t. That said, Trek went a different route with their execution. Of course the Stache has the requisite short chainstays, long top tube, and slackish head tube, but Trek opted to spec 29+ wheels and tires. Outside of bikepacking, we don’t see many 29+ bikes, and Trek is pretty much the only major manufacturer offering such a bike. So kudos to Trek for offering something outside the mainstream.

Like many of the other bikes on this list, the Stache is available at a variety of price points, from their entry-level aluminum model to their carbon fiber Stache 9.8 that comes with matching carbon wheels.

Was I the only vote for the Cannondale Cujo 2? 🙂

Been riding hard tails forever. I have a GT Pantera Expert. I am surprised GT didnt make the cut. But the Stache is an awesome ride

And even though the stache is made for monster width 29 tires they are super sweet with 2.4 – 2.6. Not super wide but wide enough. And it drops weight a tad making it slightly more race friendly while keeping tons of traction. A super versatile bike.

I agree. The Stache is the bike that seduced me back on the trails 2 years ago after a 15 year hiatus. 3000 miles on it now and still a fun ride and going strong.