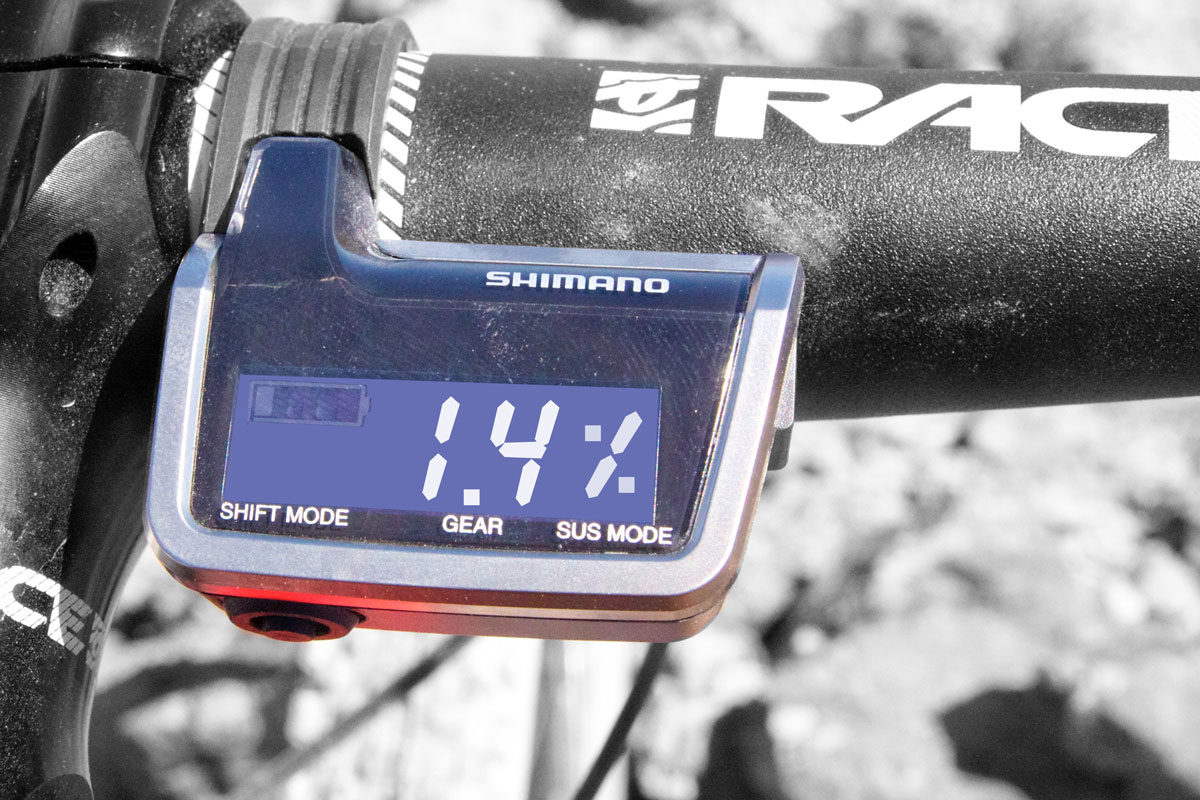 Each year we survey thousands of Singletracks readers to uncover various trends in mountain bike purchase decisions. Back in 2015, Singletracks readers selected Shimano’s electric drivetrain, known as Di2, as the most innovative product of the year. So we were curious: how many riders have actually adopted Di2 over the past two years? It turns out, very few.

Out of 2,056 responses to the question, just 29 mountain bikers reported owning a mountain bike outfitted with a Shimano Di2 electronic drivetrain. That’s only 1.4%. Of course our sample may be biased; it’s possible that Singletracks readers haven’t adopted Di2 as quickly as the general mountain biking population. Even so, it’s probably safe to say that electronic shifting, and Di2 specifically, still haven’t gone mainstream.

I recently asked our readers why they hadn’t upgraded to an electronic drivetrain for mountain biking yet, and I didn’t get a lot of responses, perhaps because the reasons are fairly obvious. With prices starting at over $1,000 for just a single derailleur, shifter, control box, and battery, Di2 falls outside many riders’ budgets.

Not only that, many mountain bikers I’ve spoken with aren’t sold on the benefits of electronic shifting yet. In road cycling, electronic shifting has been around a little longer, and adoption seems to be higher there. But road bikers are rarely far away from an emergency Uber pick-up or team car sag, leaving them less concerned about trying a new, and potentially unreliable technology. For now, mountain bikers seem to prefer a system they can understand and fix themselves in case of a trailside emergency, never mind worrying about running out of battery juice in the middle of a backcountry epic.

So is electronic shifting, like the Shimano Di2 system, the next big thing in mountain biking? It’s hard to say, but early numbers clearly show adoption is slow going thus far.

I think some road racers have cooled off to electronic shifting, its really a pro-only tech. A lot of guys love it but I have passed by a lot of guys who’s batteries quit mid-race. If you’re an elite amateur logging tons of training miles and racing multiple times per week, and you don’t have a team mechanic, keeping those batteries charged is takes planning.

For me its the addition of (unnecessary) electronics to my bike. Modern mechanical drivetrains, properly set and maintained, work almost flawlessly. Why would i add a battery and electronic motor assembly, and pay a premium for it, with no real gain in performance?
For folks who still run 2 chainrings, maybe the auto shifting feature is a plus, but its simply not enough benefit IMO.
Mountain biking is about simplicity for me, and being tethered to another electronic device in my life is less than appealing.
For me, the next frontier in drivetrains should be belt drive with gearbox. Make that setup perform and weigh closer to a modern drivetrain and add longevity, and I’m opening my wallet.

Roadies are the whales of the bike industry, they swallow whatever they’re stuffed, and can’t seem to close their wallets for fear of being ridiculed by their ridding group. Maybe it’s all that exhaust gas they love inhaling.

I’ve never even seen a DI2 group in person. I see SRAM eagle (or other wide range) pie plates more so than anything right now.

I run Di2 on my road bike (though I spend less and less time on it, and more on the mountain). I have no complaints about it at all.

While I like the idea of electronic shifting on my mountain bike, it would be too expensive. Not so much to buy if I knew it was a one-time thing (like my road bike Di2), but to replace. Rocks are a thing.

I have two MTB’s almost identical frames and suspension, one with a XTR 2×11 Di2 one with 1×11. I rarely ride the 1×11. The 1×11 is either over geared or under geared for rides – it has about 480% range. The Di2 has 755% range (50% more than an eagle set up). It is non-stock with 34×22 front and 9×44 rear. (yes I know Shimano says it can’t be done – it is easy to do!) I never run out of gears high or low. The shifting on the Di2 is far far superior to any 1x or 2x I have ridden, especially after a day in the saddle and hands are getting tired. Battery – never even come close running out and can travel a lot of distance, far more than i can ride in a day, before needing a charge.

The only negative I find from a mechanical 2*11 is the capacity to dump from large to small ring in one hit. So steep downhills that lead into an immediate 20%+ uphill is the only condition where mech may have it over Di2.

I do crash, more often than I would like :(, and the worst that has happened is the hanger got bent – the Der is scratched but is tough. (How many rear DER have you trashed in a crash?)

My road bike is being prepped for Di2, probably XT.

Would I go back to mechanical – no.