It’s that time of year: if you don’t go night riding, you probably can’t ride your mountain bike after work during the week. So if you don’t have a light yet, you need to buy one and extend your season.

But which light should you buy? While there are a number of great choices out there, I recently had the chance to review this one: the Fenix BT20. 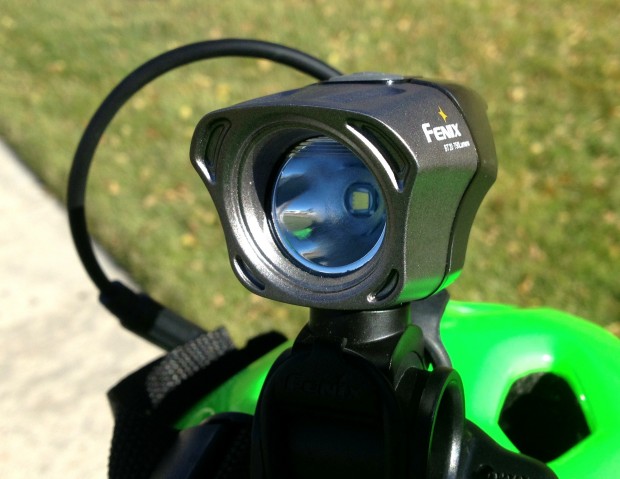 The light head itself is pretty minimalistic, with just one LED. It features a “dual distance beam system,” push-button on top, rearward cord routing, heavy-duty cords, and an O-ring mounting system. In addition to up/down angle adjustment, the light can swivel side-to-side, which is useful when mounted off-center on the handlebars. 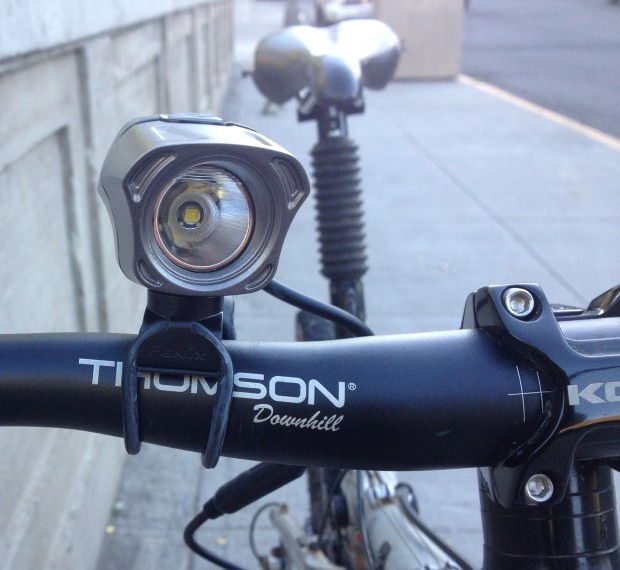 The batteries function much like standard batteries, and have to be removed from the battery case to charge on the charging station. IE, this isn’t a self-contained batter unit, like some systems offer. Still, even once the batteries are inserted into the battery carrier, the entire setup is still very lightweight. 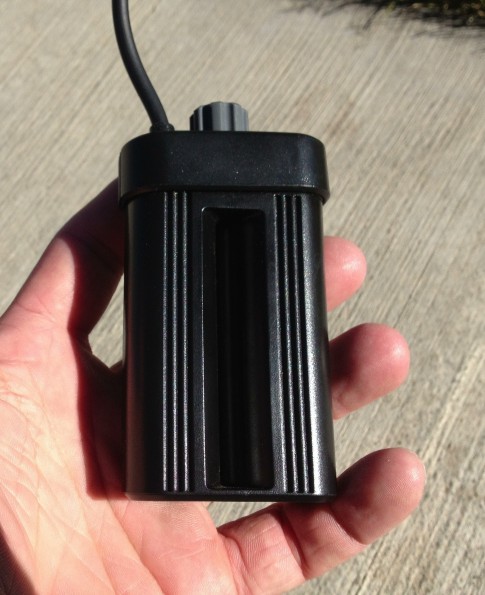 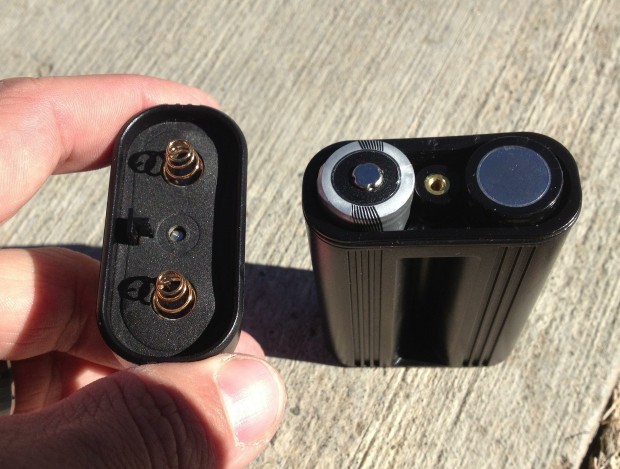 MSRP per light is $124 (includes battery case, extender cable, helmet mount, O-rings, and battery sleeve/mount as well), but they can be found online, new, from Fenix-approved sellers for $97. However, batteries and battery charger are sold separately, with a charger MSRP of $25 and rechargeable batteries running $17 per battery. So, total MSRP for my reviewed setup of two lights, one charger, and two pairs of batteries comes to $341, with actual purchase cost at closer to $275 for a two-light setup.

While Fenix sent me a complete pair of lights, I tested the BT20 individually on both the bars and helmet, as well as a bar/helmet combination. As you might imagine, I definitely preferred the combined bar/helmet approach. The combination of the two lights provided a much longer and wider swath of illumination on the singletrack, and when combined the lights seemed much brighter than a single light burning at the same lumen output.

Even individually, the beam pattern on the BT20 was very impressive. There’s definitely a focal point of brightness, but these small lights cast a very wide, dispersed light pattern that is frankly pretty impressive. You won’t find a small hotspot here.

At first, I was a little put out that I had to go through the process of taking the batteries out of the pack, charging them in the charger, and then reinstalling them. However, after I thought about it for a while, I realized that you could easily purchase and charge extra batteries and toss them in your pack to carry with you. Then, if the run time on one set of batteries just isn’t long enough, you could easily whip out spare batteries, swap them out, and keep rolling. While this setup would also be much lighter than stashing one of the bigger dedicated battery packs from a bigger name brand, it would also be much cheaper: while $17 a pop sounds expensive per-battery when you realize you need two of them, compared to batteries from one of the name-brand companies that retail for $100-$200 per battery pack, this is a much more affordable solution. 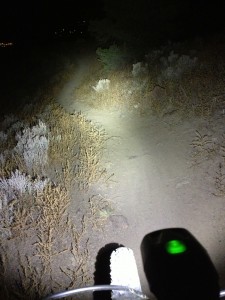 That said, while the burn time on these lights isn’t super long, if you’re taking care to switch light settings depending on if you’re climbing or descending, these burn times should be sufficient for 20+ mile after work jaunts. However, if you’re doing something like a 24 hour solo race, $34 for an extra set of batteries isn’t bad at all.

I also found the O-ring mounting solution to be dead simple. While some more expensive lights feature a proprietary mounting setup, the O-ring is becoming widely-accepted, and it requires no additional hardware when mounting the light on the bar.

My only possible complaint is that, when used singly, a BT20 doesn’t produce quite enough light for fast, technical descents. However, 750 lumens is more than enough for most singletrack situations, and if you’re going fast enough that 750 isn’t sufficient, you might as well use two lights. For this price, there’s no reason not to.

This is an affordable set of lights, providing quality performance that belies its low cost.

Thanks to Fenix for providing the lights for review.