It’s that time of year again: the nights are getting longer and the sun is setting sooner. A few of the bloggers here on Singletracks have already written about the fun that can be had night riding (see also: Mountain Biking at Night: Strange Finds over the Years). I am sure there is a whole lot more that could be said on that topic, especially now that the cost of good lighting has continued to drop, while the number of lumens has climbed. Light & Motion produces one of the top-powered units out there, aka the new Seca 1700 Race. Just last year, the top model that Light & Motion offered was pushing 1400 lumens. Not only is the Seca now available in a 1700 lumen model, L&M  has redesigned the body and reflector as well. 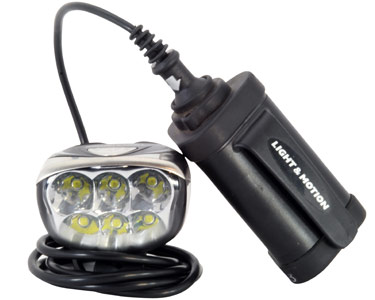 The light now has a lower profile, mounting closer to the bar, and a lighter overall weight. At 343 grams, the Seca 1700 Race is one of the lightest units around.  The new Bi-conic reflector changes the light pattern from the 1400, with a beam pattern that literally starts inches from your handlebar and extends forward in a swath of light well over 80ft in front of you, and over three car lanes wide.

The big selling feature is the actual light pattern. Most lights have a very pronounced hotspot with surrounding fill light. The L&M Seca 1700’s pattern acts much more like a flood that evenly spreads across as well as front to back, with less trail-off light on the edges. 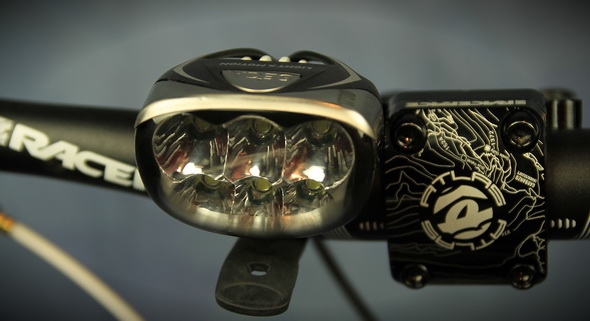 To reduce the cost of the Seca, L&M came up with their Mini-L charger that works on two- or three-cell Li-ion packs. A fully drained battery takes a bit less than 6 hours to charge.

You can modify the settings if you don’t want or need the medium and flash settings.

Swapping between race and cruise modes is simple. At the off position, a push-and-hold of the power button for two seconds swaps modes. During a race situation when you’re climbing, you can run in the low setting, but at the touch of a button you instantly go into high, for those descents where you really need as much light as you can get.

Speaking of light output, below is a chart showing an independent test of light output. The Seca 1700 was tested and found to produce 1790 lumens which is 5% more than what you actually pay for. 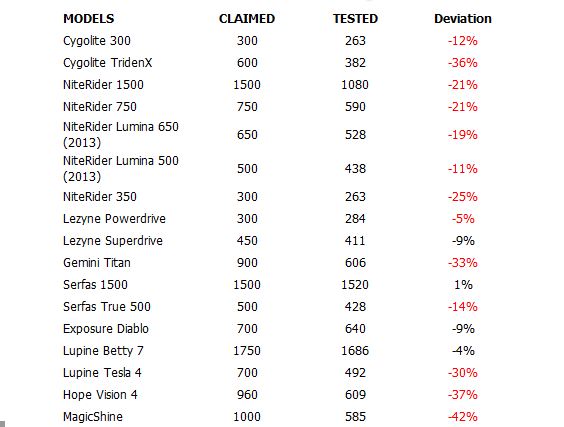 As you can see, some brands are really off in their ratings, while others are really close or better. But lumen count is only part of the equation. Light pattern, quality of build, and environmental sealing are all important features that you need to take into consideration.

Speaking of sealing, the Seca has a great sealing system. In case you’re wondering, L&M’s other equally important business is making diving lighting and cases. So yes, they are more than qualified when dealing with sealing lights. The Seca light case will easily block any rain storm, but if you crash into a river… yeah, it may leak.

For me, lighting is all about ease of installation, the ability of the light to stay focused where I want it to be, durability, and minimal obstruction. In all these aspects, the L&M Seca Race does well. 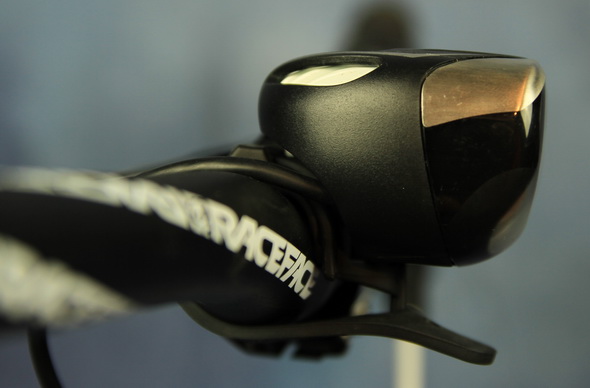 I was really impressed with the new case that allows the lamp to sit right up on the bar or helmet mount, preventing vibration. The simple rubber strap-and-pin system really holds the lamp well, even when it gets wet. I found that I could run the lamp on my helmet or bar with no issues.

I was really happy with the amount of light! I kid you not, I actually saw a raccoon put a hand up to block the light on the trail while it was attempting to climb a tree. I found that pretty funny. 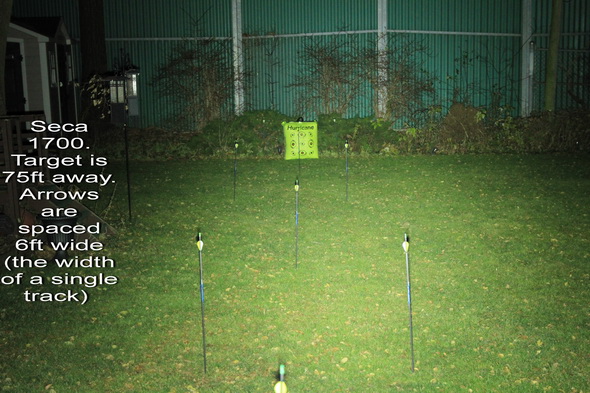 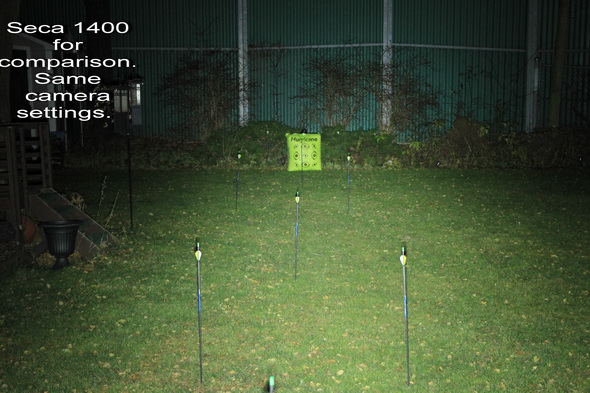 As a single light unit, the Seca is equally as comfortable as a head unit or a bar mount. The sheer amount of light is more than adequate. As a headlamp, you get the benefit of a reduction of shadowing, and the ability to aim the light where you’re looking. When I ran the unit as a helmet mount, I also had the battery strapped to the back of my helmet. The cabling was neatly tie-wrapped to the helmet as well, making for a well-balanced unit, without the snagging hazard of a cable running down to my hydration pack.

I found that during most night rides, I typically stayed with the mid setting. On the technical, tight, twisty sections I did crank it up to high just to get as much light as possible. Not that I needed it… it was more of a mental thing. Even at full tilt, I never worried about what was around the corner. The width and shear length of the beam was great.

Also, the advertised burn time was right on the money. I never tested it in the low setting, as I just don’t ride that long.

Overall, Light & Motion has really stepped up their retina burning capabilities with the new Seca 1700 Race. At $469 they are not the cheapest option out there, but they do offer one of the best light patterns available. With 6 LEDs pumping out 1700 lumens of light in a highly-optimized beam pattern, you’ll never have to worry about nighttime visibility again.

I would like to thank Light & Motion for sending down the Seca 1700 Race for a review.

Syd Patricio
I picked up my very first Rocky Mountain in 1987 and haven't stopped since. Today I am a big advocate on bike and rider safety. Always looking for safer ways to enjoy the sport, without taking away the thrill.

I do like the new lower-profile design–very race. Only 1.5 hours on high isn’t much burn time but looking at L&M’s website I see they also offer the “Enduro” version with almost twice the burn. The upshot is the “Race” is very light (it’s even lighter than the bare bones Magicshine) which should make racers happy.

I really like the chart showing how they stack up to real life. It would be even better if there was a price on the chart as well to see where you can get the most bang for your buck.

Would also be nice if the chart had any sort of organization at all. As it is, I can’t discern one.

Absolutely a sweet deal. I’m in the market for a good light after my last endo. 😉 But I may have to end up a little down market. To bad It’s about as much as my last bike, but the way they keep improving on out put and dropping prices maybe next year something on this level will be in reach. I love good lights.

I love my SECA 1400. It puts out a lot of light in the right place. One thing I would add is that Light and Motion offers an upgrade program. If you own one of their older system, you can trade up for a discounted price to the newer version. I had the SECA 700 and upgraded it to the SECA 1400 at the Southeast Bike Expo last year. I really like that about the company, also they are assembled in the US and that is a plus for me.