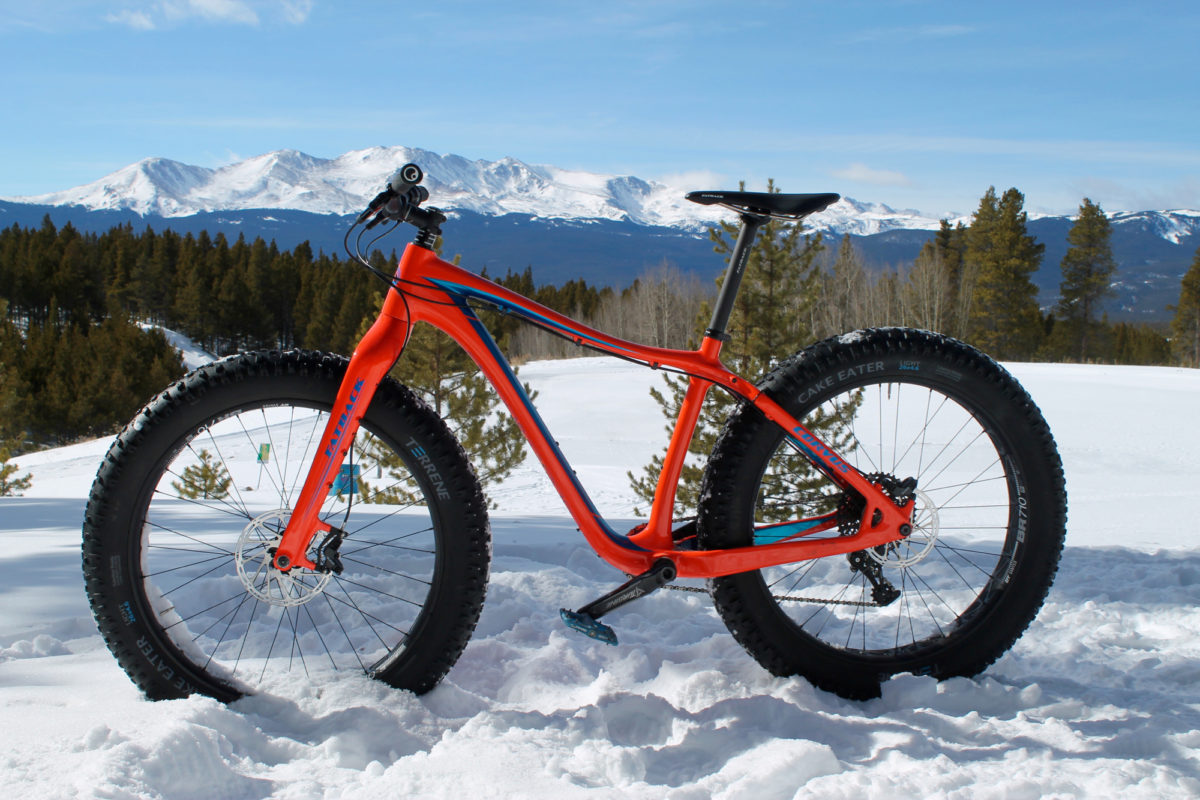 Even if you’re not a dogsledding enthusiast, most people have heard of the Iditarod, a rather insane event in which a solitary human will drive a dog team 1,150 miles across the remotest and harshest land in the world. What fewer know, is that the Iditarod Trail Invitational also offers a similar opportunity to fat bike mushers, to test themselves–and their machines–in an equally-challenging environment spanning the Alaskan wilderness.

Based in Alaska, venerable fat bike manufacturer Fatback has a record of Iditarod successes. The Fatback Corvus is part of that lineage, with the newest Corvus looking to improve on that already impressive success rate. However, it’s doubtful anyone reading this review will actually enter the Iditarod Trail Invitational, so when I got the opportunity to test Fatback’s new race machine, I intended to do so with an eye toward broader use, including dryland riding. I can honestly and confidently say that, even if you never plan to venture that far north, the Corvus is still worth a look.

The 2018 Fatback Corvus: An Introduction 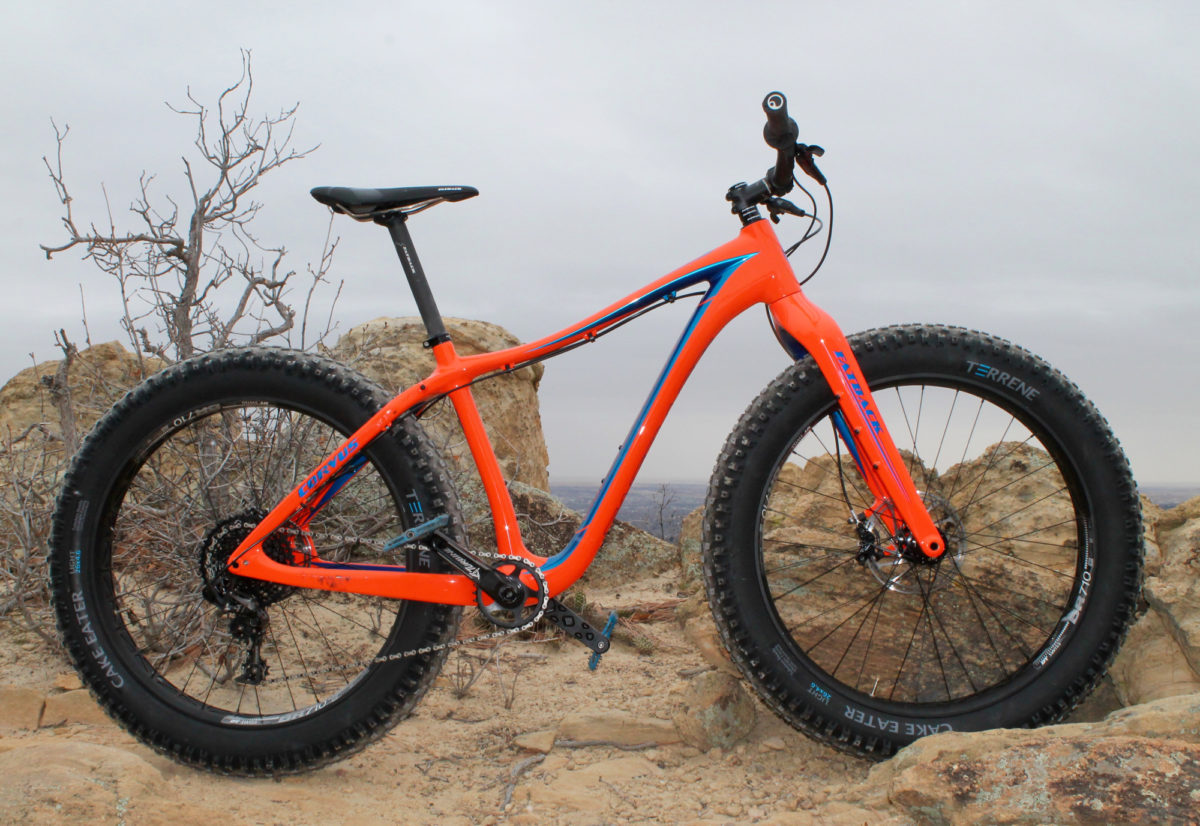 The Fatback Corvus is an adventure race-oriented, carbon fiber-framed, suspension fork compatible, 26″ fat bike capable of accepting up to 5.0″ tires (or 29″+) and is optimized for a 1x drivetrain. Overall, the geometry is designed for quickness, and the sculpted top tube allows for extra standover, but without sacrificing the ability to load it up with frame bags. The 69° head tube angle is on the steep side, but not out of line with racing-style fat bikes. The chainstay length was shortened to 455mm to enhance climbing ability, and the bottom bracket rides a mere 12″ off the deck. 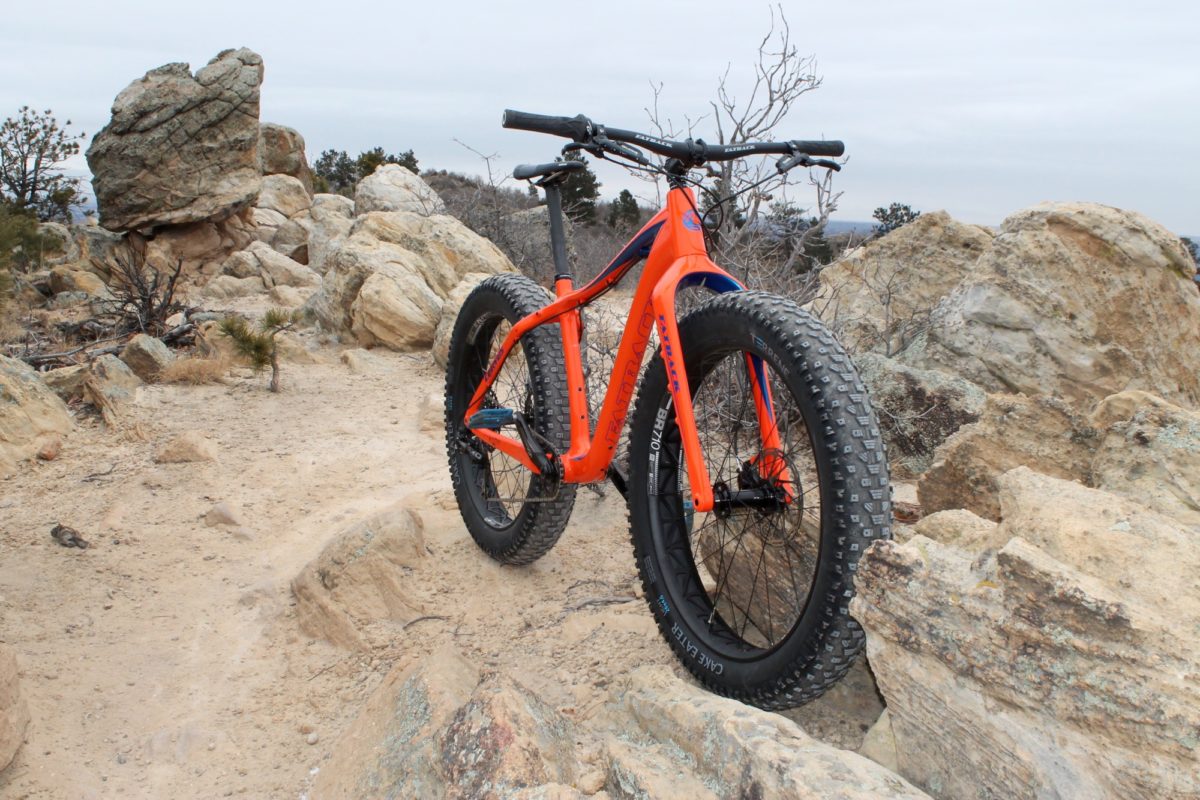 First Impressions Out of the Box

I have to say that pulling the Corvus out of the shipping box was a real treat. It was a few minutes before I began final assembly of the controls, as I just sat there and admired the stunning orange frame with its blue highlights. But it wasn’t just the color: it was also the shape and the way all the various tubes blended together. The Corvus frame is a work of art.

It was immediately obvious that the folks at Fatback had put a lot of thought and care into the design and construction of the Corvus. The light weight was also obvious, as were the many attachment points for various frame bags, clearly indicating the Corvus was meant to be capable for the long haul as well as the sprint. I finished assembling the bike, eager to see how well the Corvus perform in motion as opposed to sitting in my shop. 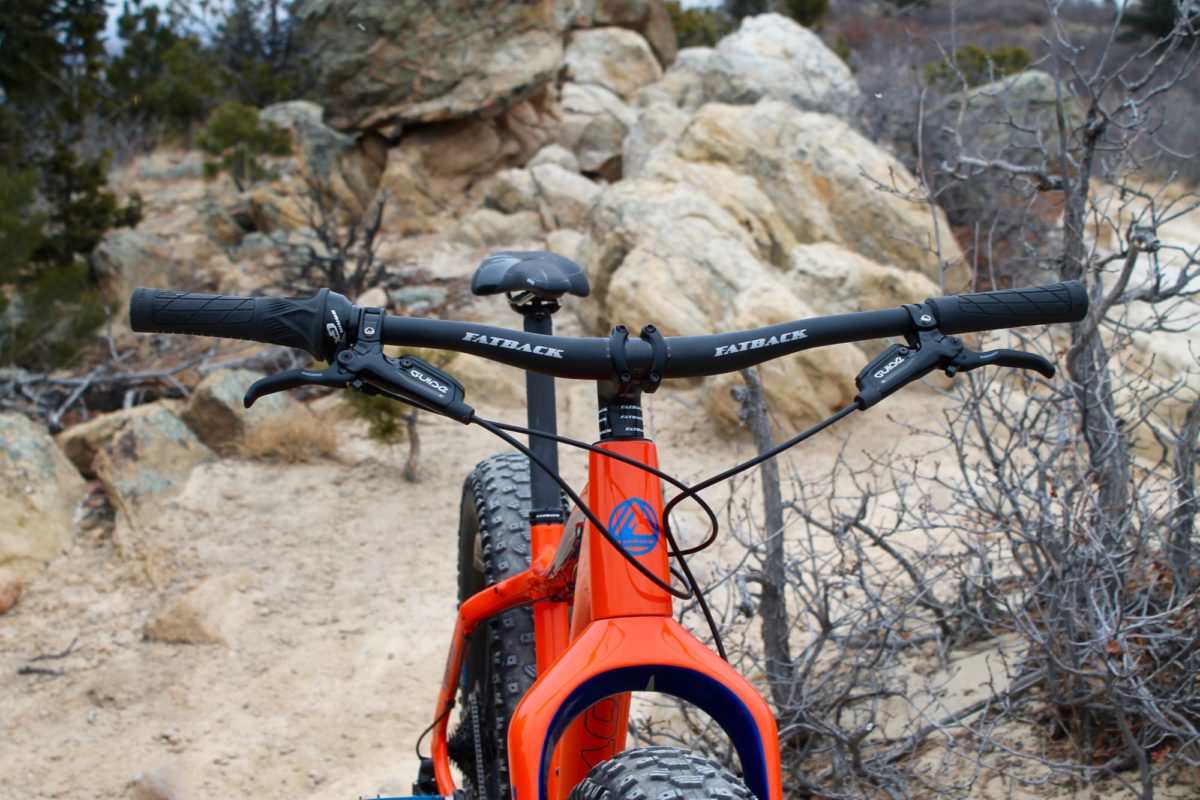 First Impressions on the Trail

My first riding impression of the Corvus came, quite literally, during the first pedal stroke. This bike is fast. The light weight and super stiff frame translate every bit of effort directly into forward motion. The Corvus launches forward in a way no fat-tired bike should. 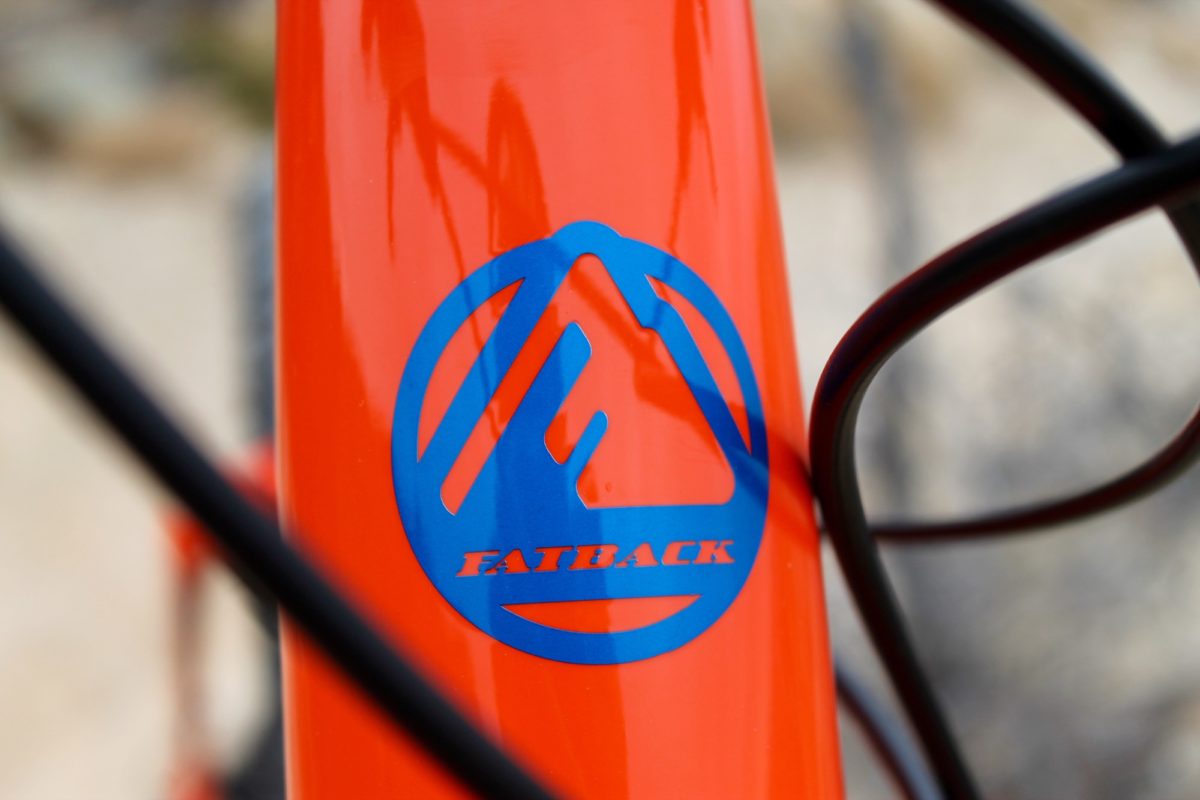 My second impression was that not only is the bike fast as a whole, so is the steering. The steep head angle and cockpit conspire to make the bike’s turning shockingly quick, like old school XC race bike quick. Twitchy, even. This might take some getting used to. The other unique attribute of the Corvus’s steering was that the Corvus suffers from far less autosteer than the typical fat bike, a trait that’s most welcome on hard-packed surfaces.

Getting to Know the Corvus on the Dirt

Given our historically dry winter, I was able to log plenty of dirt miles on the Corvus. I put the ultralight carbon wunderfatty through its paces on every imaginable type of trail this side of a legit downhill run. As fat bikes go, the Corvus is an incredible dry land performer. The Corvus is actually a great dirt bike regardless of fat status. Some of the bike’s stellar performance is attributable to the Terrene Cake Eater tires it was sporting. For a complete look at the capability and impact of the Cake Eater, be sure to read the dedicated review.

At first, the twitchy steering was troublesome. Having grown accustomed to so many new school bikes with slack head angles, I found myself consistently oversteering the Corvus. It took a while to learn to handle the Corvus with a lighter touch, replacing my normal brute force approach for one with a little more finesse. The ultra-responsive steering was particularly sensitive when trying to maneuver the super stiff, fully rigid bike through technical rock gardens. However, the very precise steering of the Corvus was of huge benefit when maneuvering tight switchbacks, where it was easy and intuitive to round the tightest of corners. Eventually, I adapted to the quick steering in all conditions and it became an asset in every case. The combination of bike and tire also made the Corvus a fantastic turner in berms or banked turns. This is a fat bike that makes it comfortable to get as sideways as your skill and confidence level will allow.

Another surprising, yet welcome, attribute of the Corvus was its stability at speed. Ripping down rough dirt in excess of 30mph was no cause for concern, provided the ruggedness didn’t exceed the limits of any fully rigid bike. Probably the most impressive aspect of the Corvus’s trail performance was how the aforementioned steering got more comfortable as speed increased. When bobbing and weaving through the tight and twisty, on smooth to moderately-chunky surfaces, I just couldn’t keep a huge goofy grin off my face. These were joyous times. I would seek out these types of trails over and over just so I could push the limits of the bike… and myself… further and further each time. Being able to dance around like this on any bike is surprising–on a fatty, it’s downright shocking.

As expected, the light and responsive Corvus climbed like a fat dream. My Strava times rivaled those on any other bike. Somewhat less expected was how well the steep geometry of the Corvus descended. The Corvus was stable enough on the steeps that I found myself wishing for a dropper post. The Corvus does have dropper post cable routing should you wish to make just such an upgrade.

The only negative attribute that stuck with me was the low bottom bracket, which had me banging cranks more than usual. Extended rock gardens took an extra dose of finesse, and required the ability to ratchet pedals frequently.

Getting to Know the Corvus on the Snow 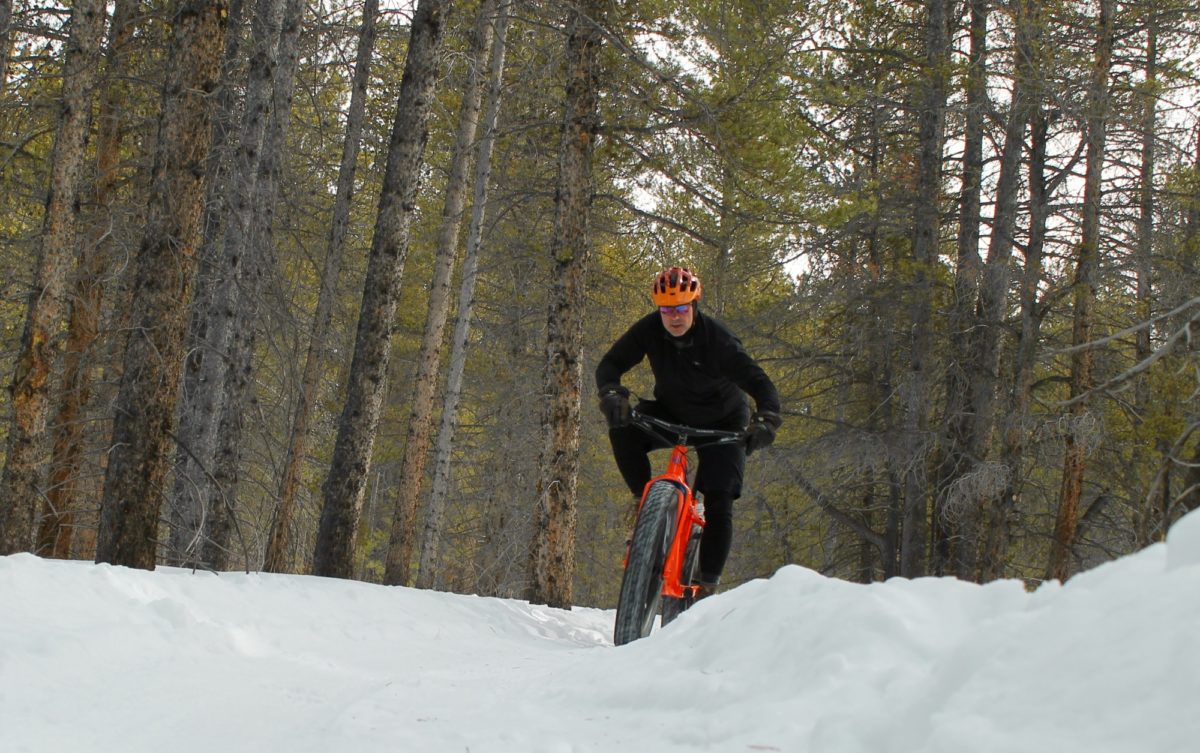 As much as I enjoyed the Corvus on the dirt, its primary purpose in life is to go fast in the snow. Over the course of four consecutive weekends, I made the journey to high altitude where there were snowy trails, both natural and groomed. The Corvus proved to be the master of everything it was meant to be. While the lack of aggressive tread on the Cake Eaters limited the bike’s potential in fresh snow, on hardpacked or groomed snow, the bike exceeded even the loftiest of expectations. On the snow, that steering that was so quick on the hardpack settled into a fantastically precise yet perfectly comfortable pattern–just right for keeping the best possible line in the snow. 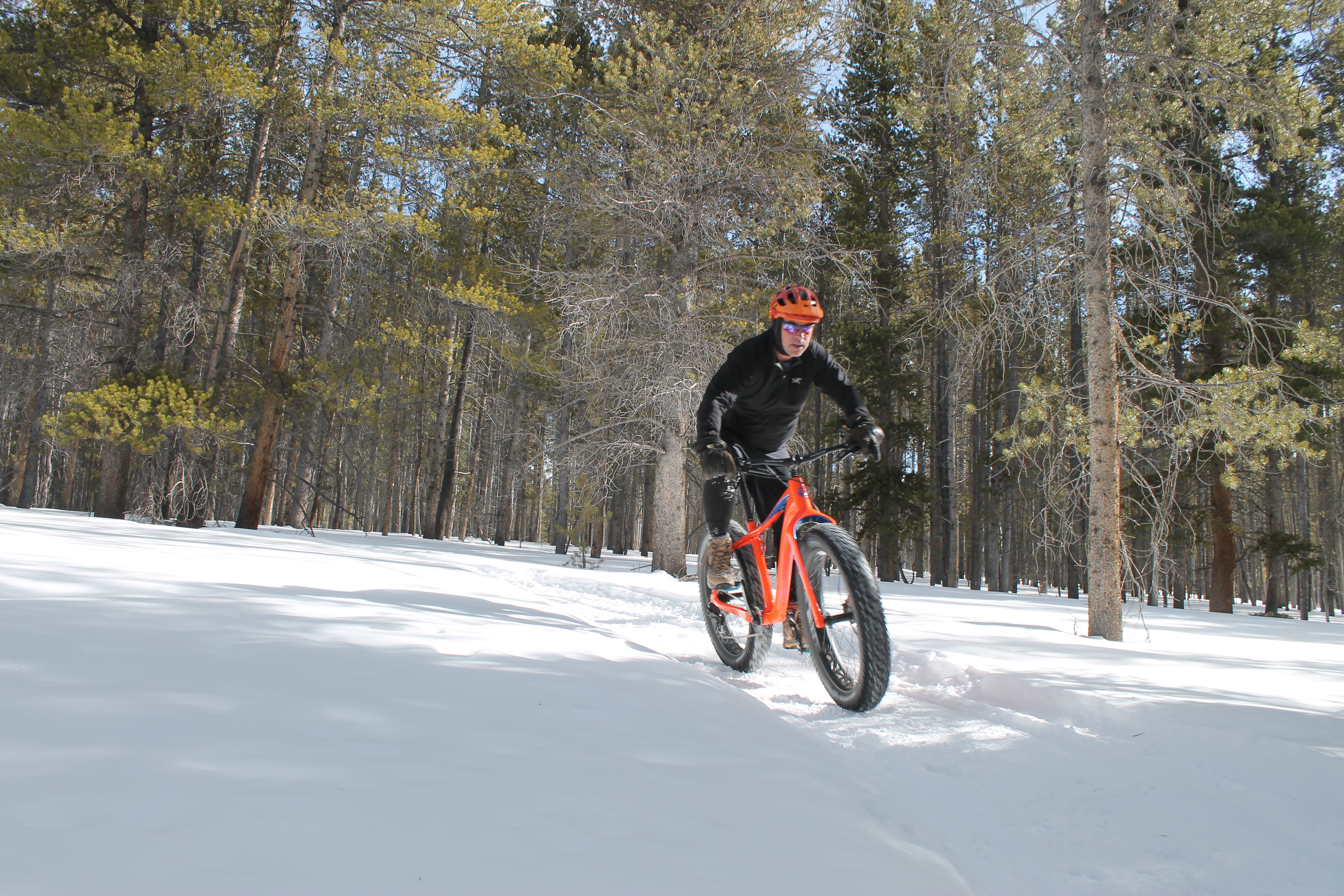 The Corvus allowed me to rack up massive mileage, especially on groomed trails, without fatigue. I never despaired at any climb in the snow, and loved laying the bike into snowy corners where the confidence-inspiring frame and aggressive side knobs on the Cake Eaters combined to allow cornering with minimal loss of momentum. True to its Iditarod roots, the Corvus invites the rider to just go and go and go and never want to stop. Whether stripped down for a sprint, or loaded up for the long haul, the Corvus represents the quickest way to get from point A to point B, provided there’s white stuff on the path. 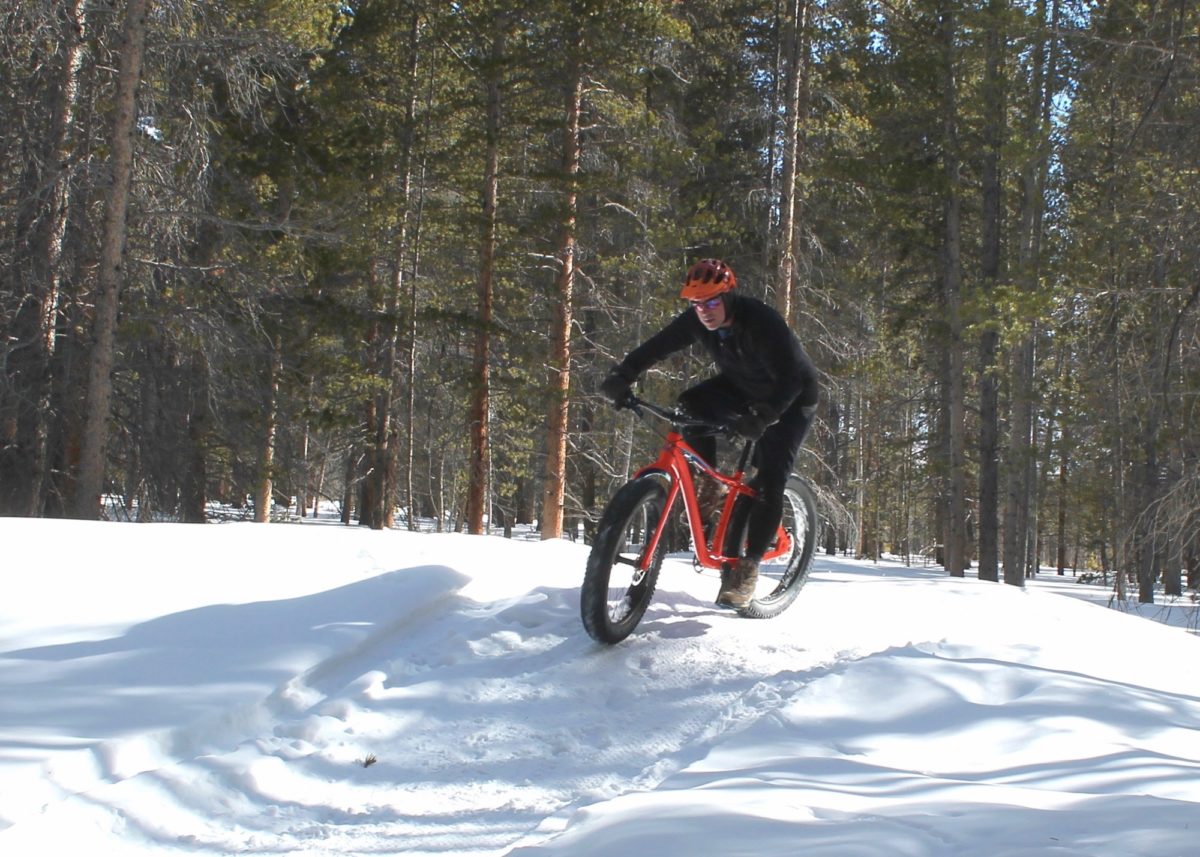 In Summary: Who Wants a Corvus?

Well, for starters, I do.

On a more useful note, the Corvus is perfect for anybody who wants to go fast in the snow, first and foremost. Anybody looking to find a podium at the end of a winter course will find the path well-ridden on a Corvus. In addition, the Corvus is an excellent choice for someone looking for a winter bike that will also be a joy to ride the rest of the year. The fact that it can take 29+ wheels and tires in place of 26 fat, and that the geometry supports the installation of a suspension fork, further adds to the bike’s potential versatility.

If somehow you think you need something even zippier than the Corvus, Fatback’s new Corvus FLT claims an additional half-pound frame weight loss and an even stiffer bottom bracket. 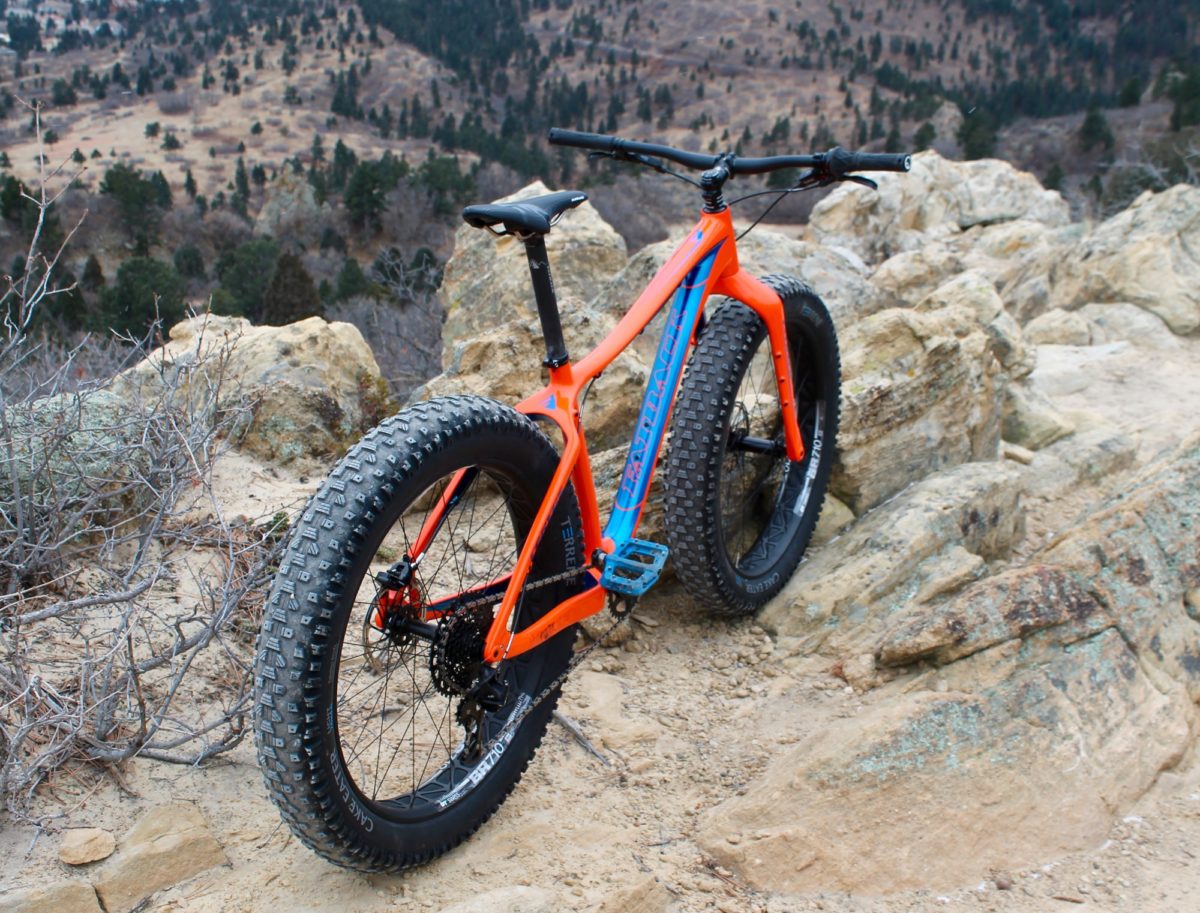 Thanks to Fatback for lending us the Corvus for review.

John Fisch
I originally took up mountain biking in 2000 at the age of 35 because I spent all summer whining that I couldn't ski. However, the addiction soon took over and I now ride knobbies much more than I ride sticks. I'm a classic short attention span kind of guy and would generally ride an average trail for the first time than a great trail for the second time, and I will take every opportunity I can, short of ignoring the commitments of my family and day job, to seek out new trails, which is why my trails ridden list is so long.

Nice to see a light weight race phatty that can actually take some real tires.