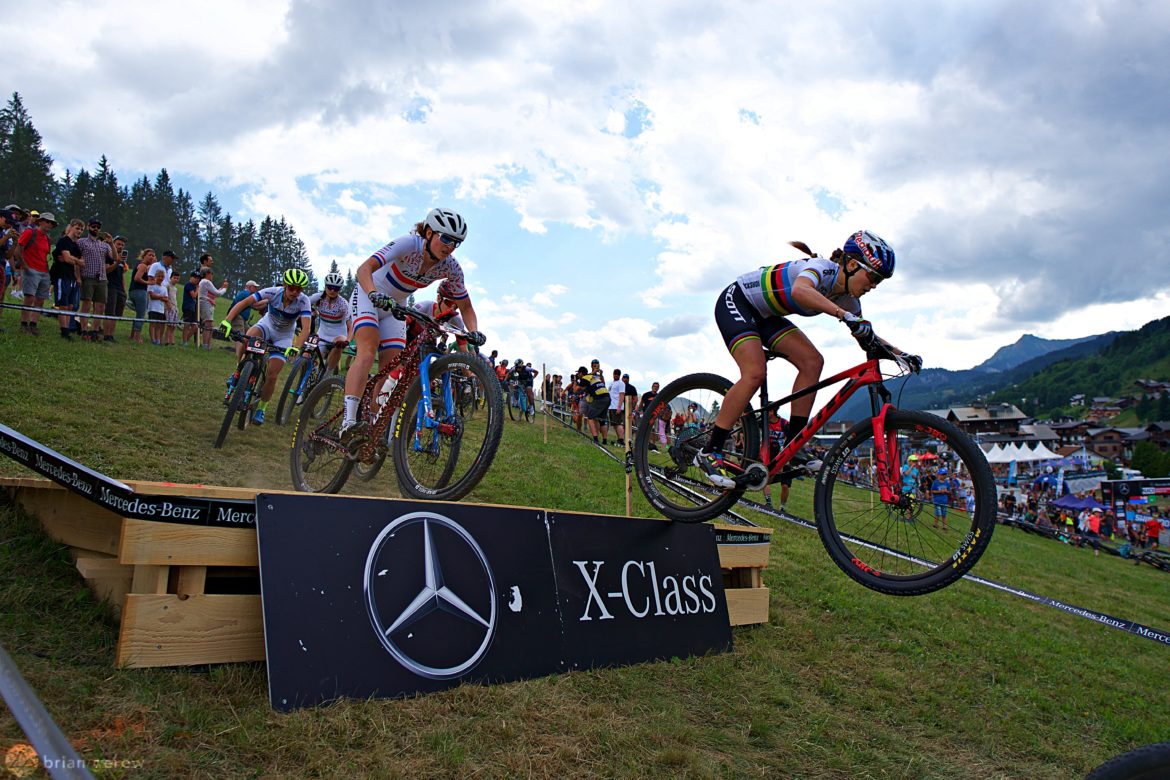 The top 40 women and men in the UCI World Cup standings lined up to earn their spots on the start line this past weekend for 20 minutes of deep dust gulping. World Champion, Kate Courtney, took the lead after a few laps and didn’t look over her shoulder. The all-out efforts required in modern short track and XC courses suit her well. 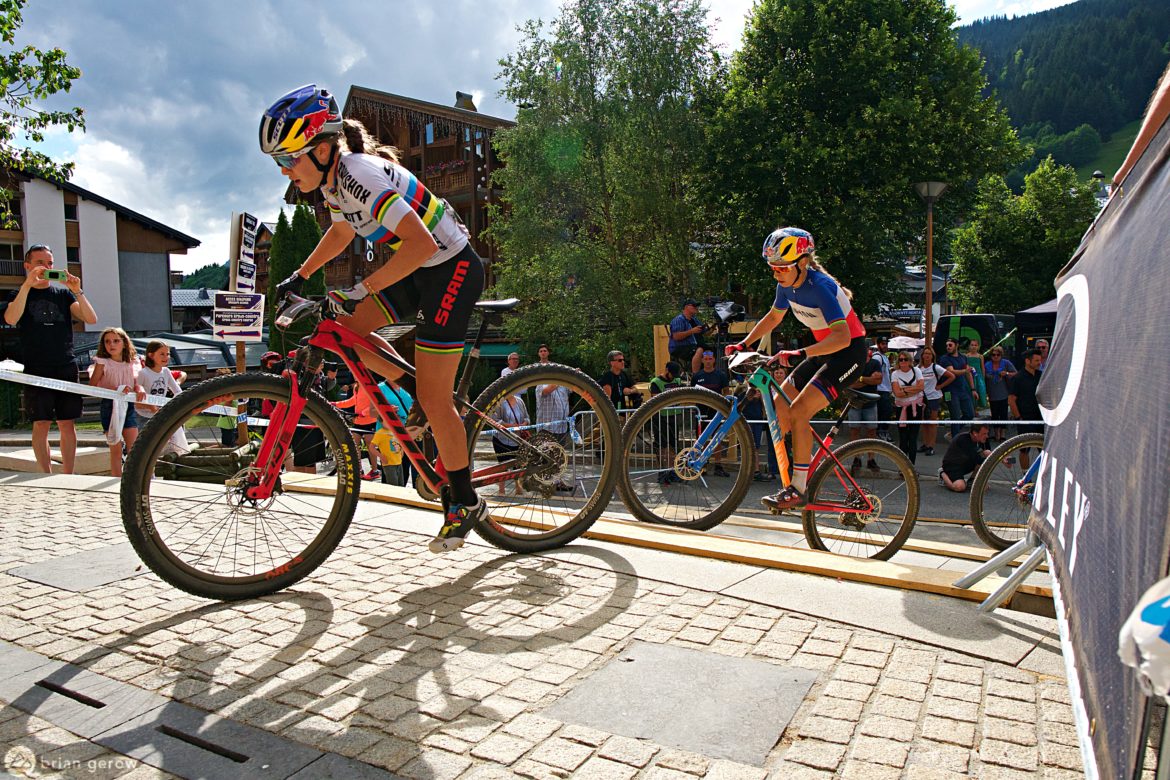 Pauline Ferrand Prevot is gaining speed as the season stretches on, finishing seven seconds behind Courtney after six laps of hard work. 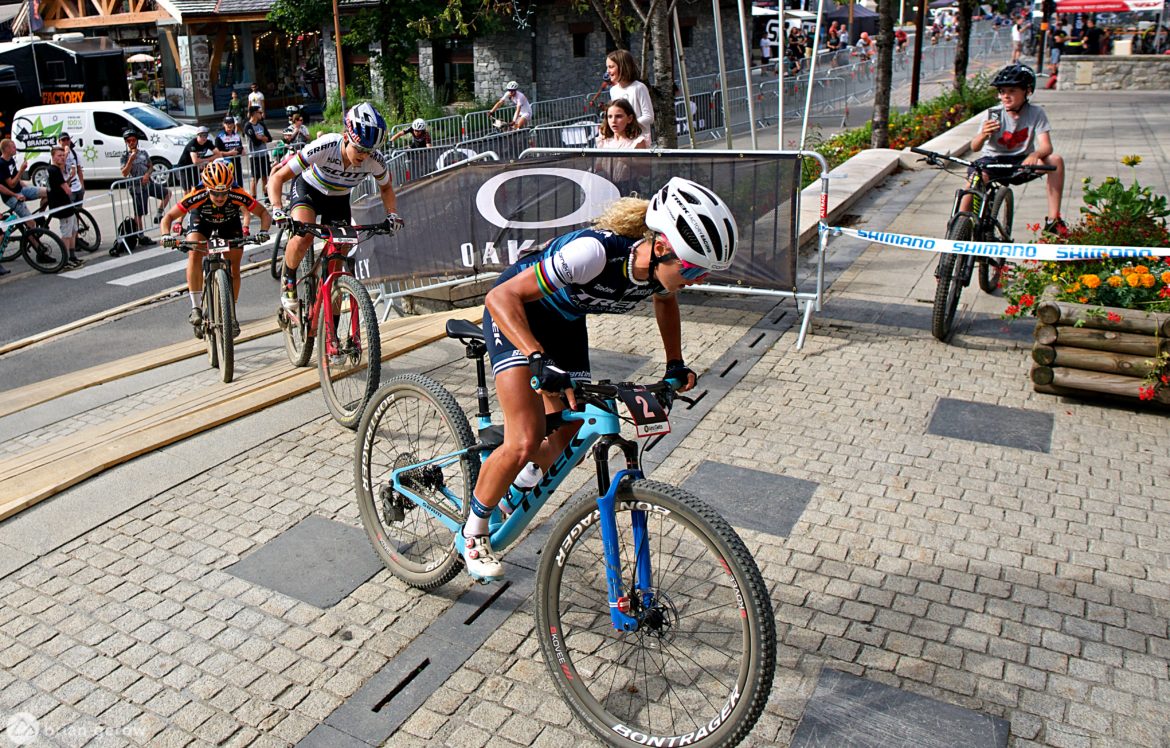 The brief asphalt stretch of track would provide no reprieve for racers at the front of the pack, as the leaders attacked one another for much of the race. 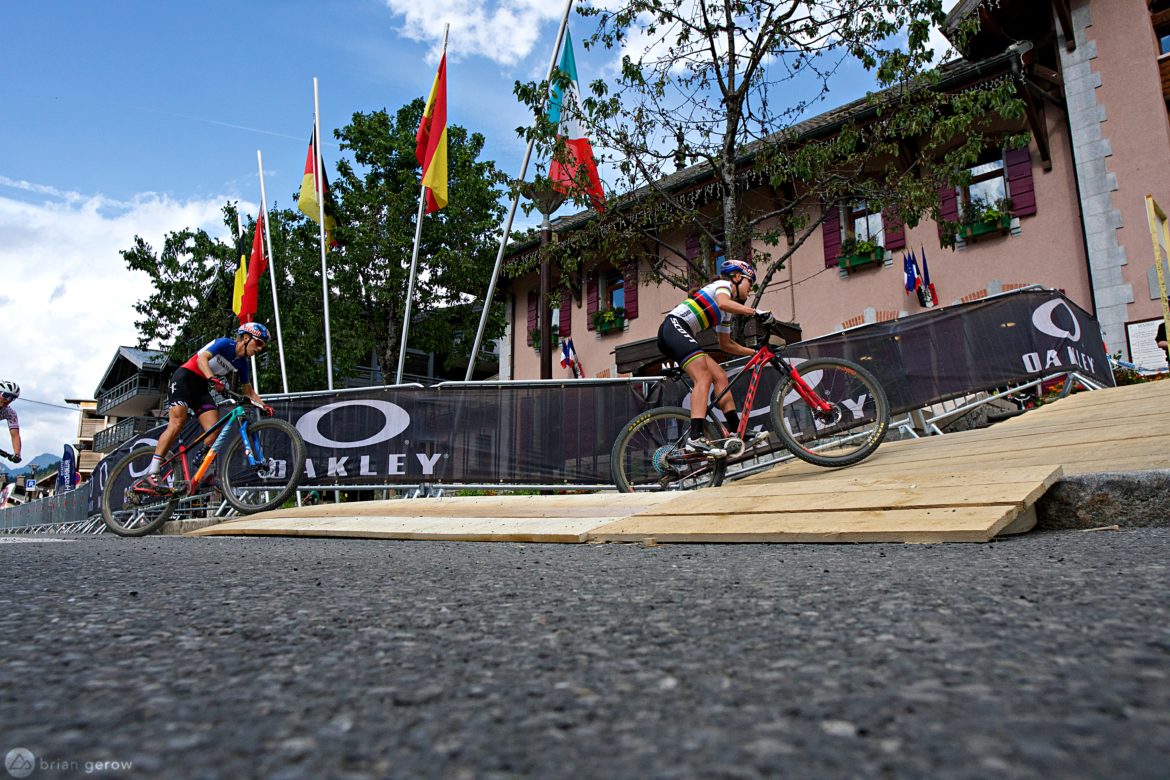 The leading group put on quite a show for fellow racers and fans alike. The nose of the 20 minute race closely resembled that of Sunday’s full length XC event. 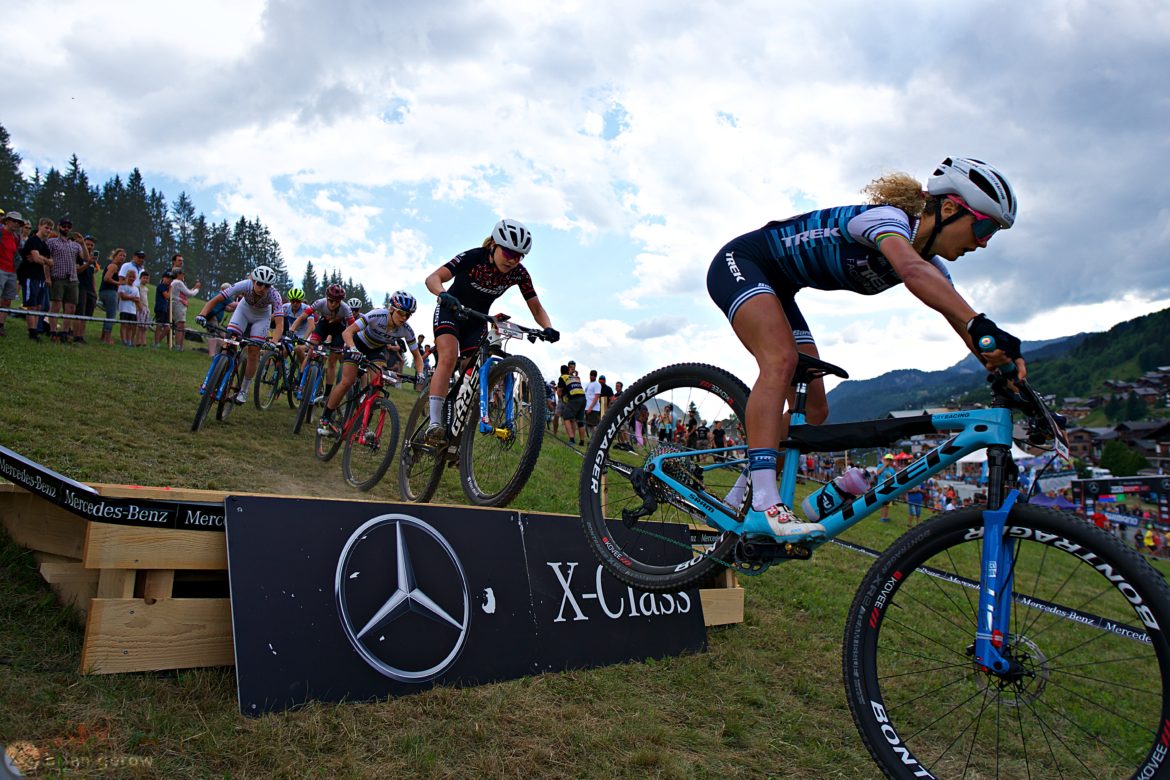 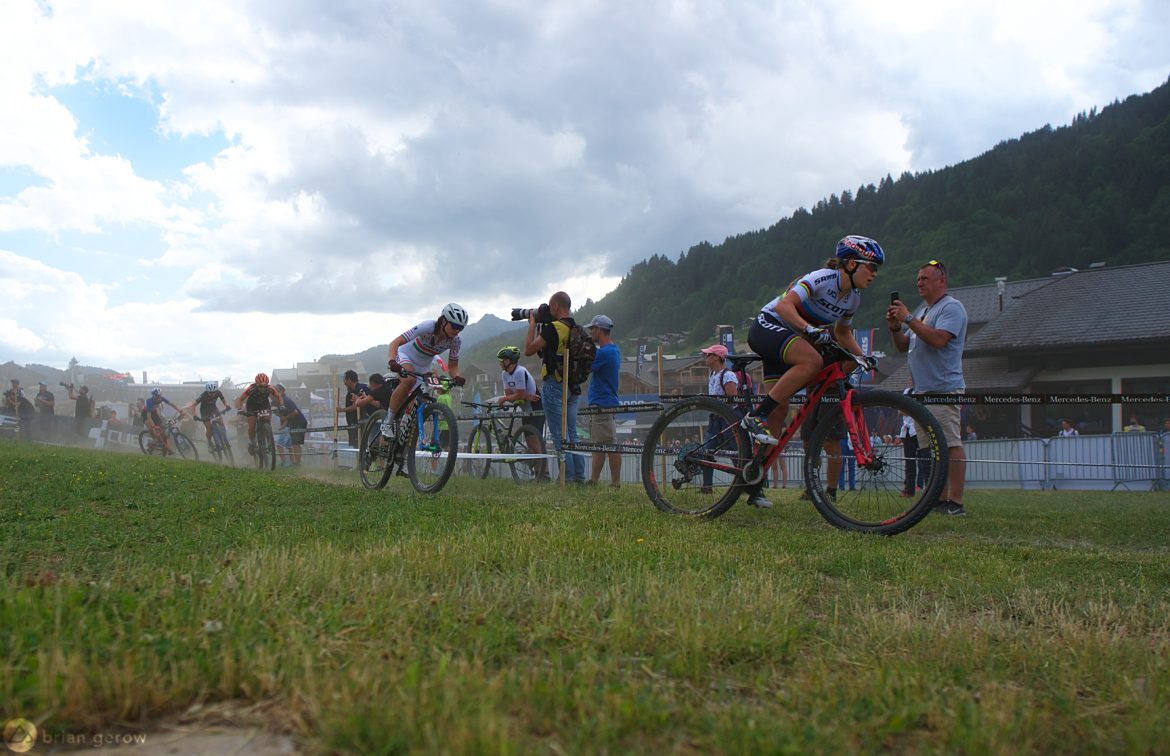 Courtney getting ahead of the dust cloud for a clean finish. 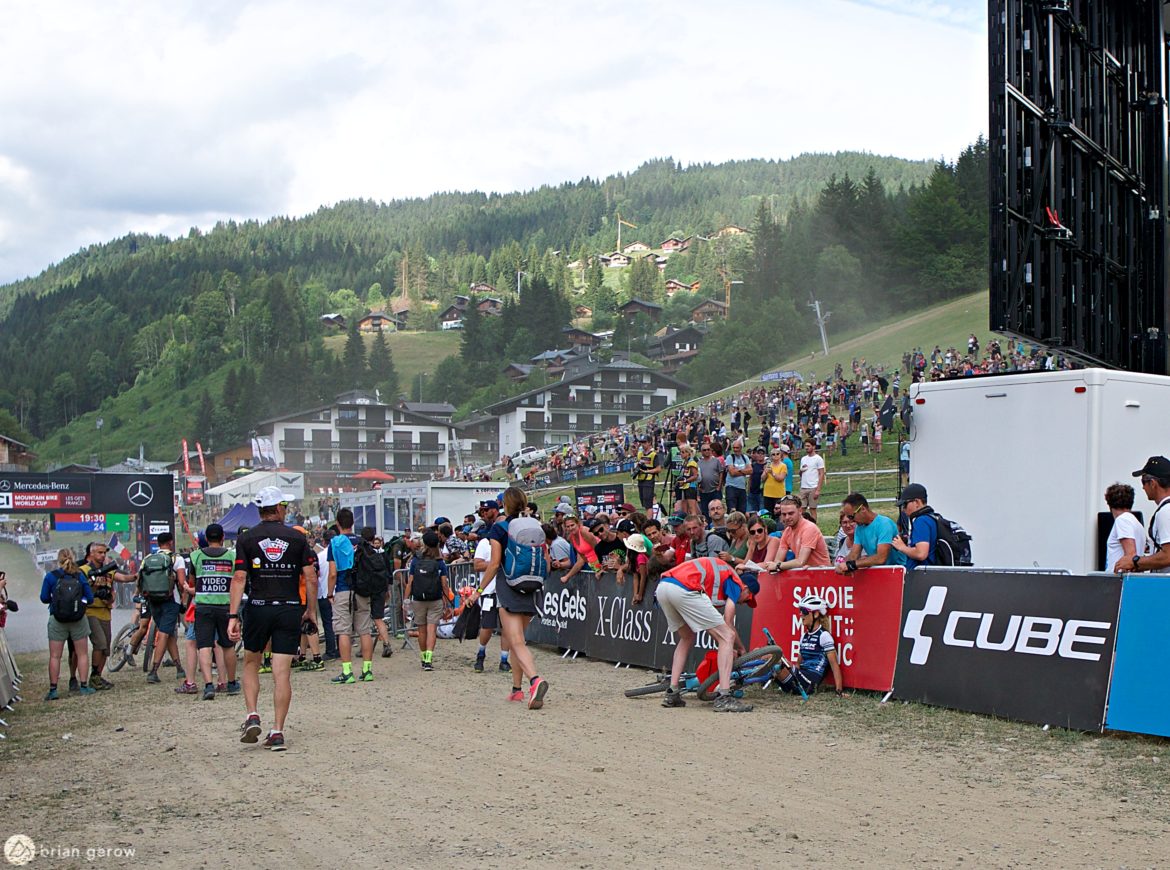 Several riders had to take a seat after pouring themselves into the short qualifying effort. 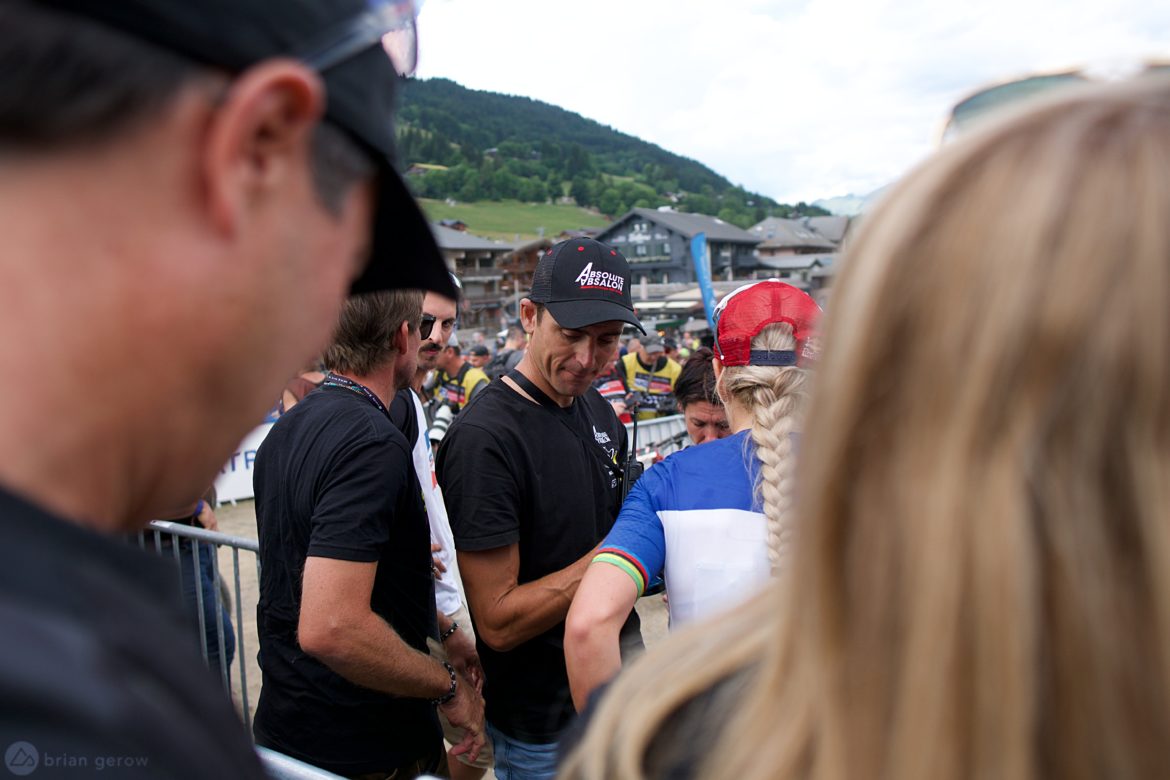 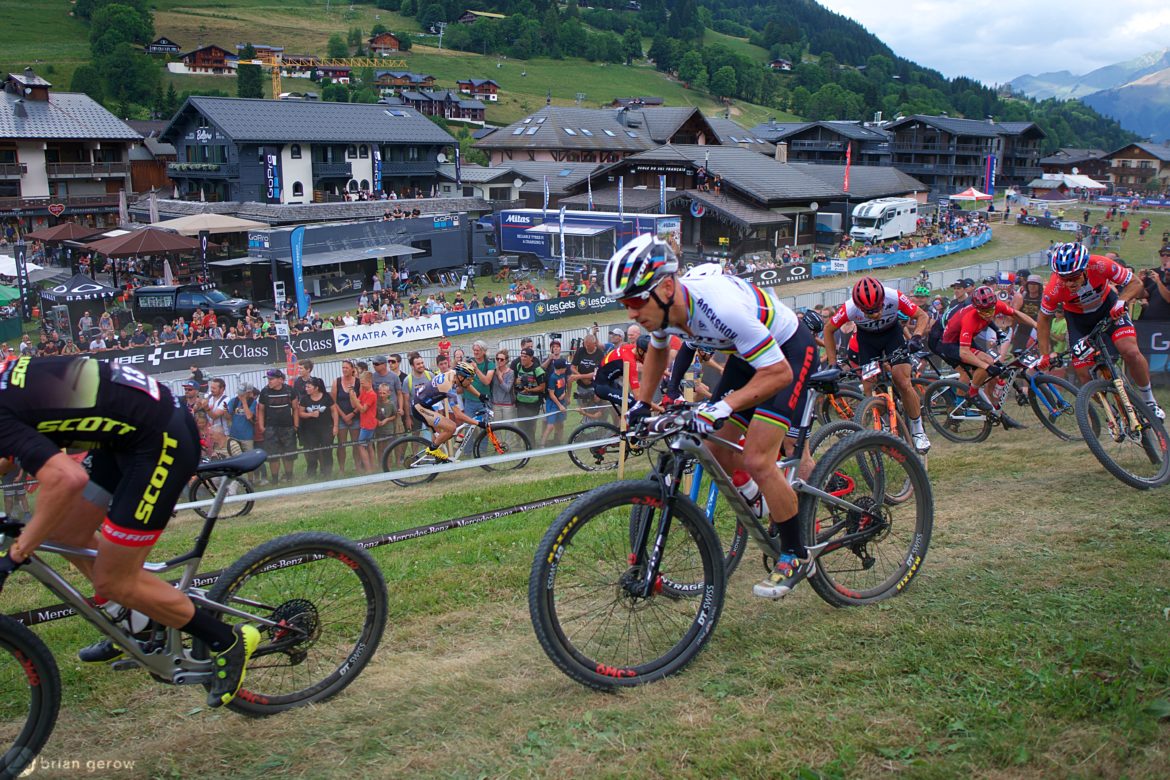 The men’s race blasted from the line with a host of expected winners. Betting on the XC World Champ Nino Schurter or cyclocross World Champ Mathieu Van Der Poel, was a hot topic around the very-short track. 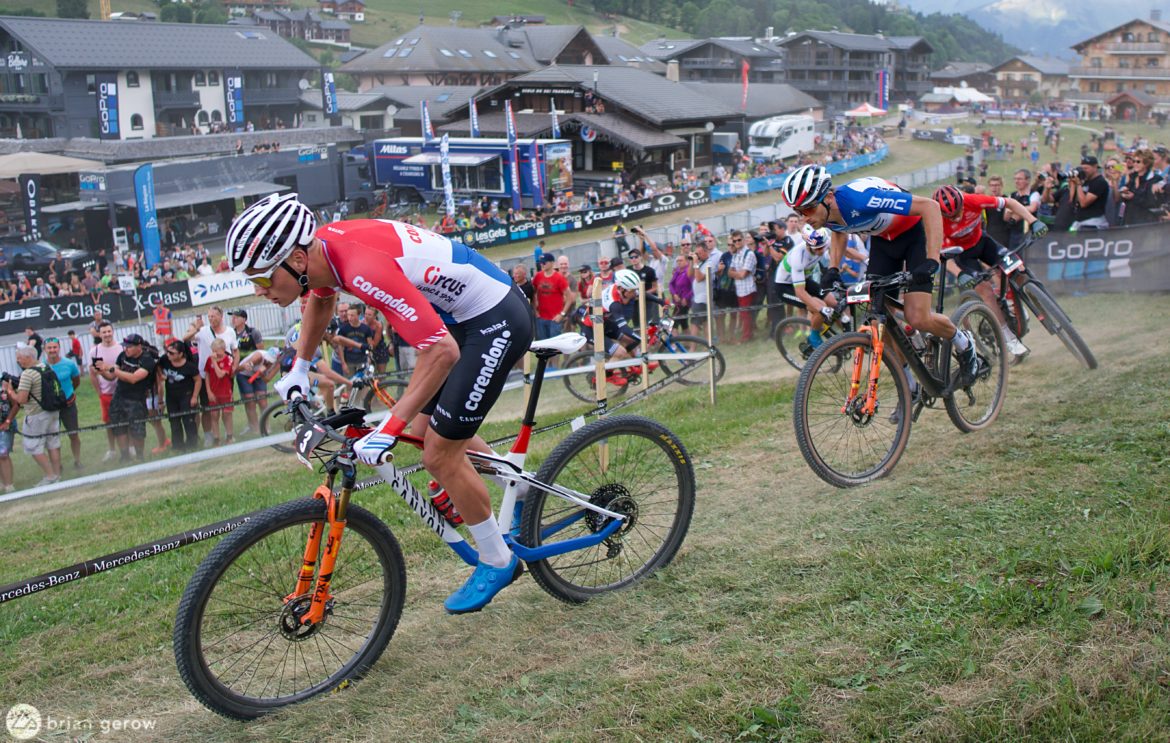 Van Der Poel warming up the competition before an attack. 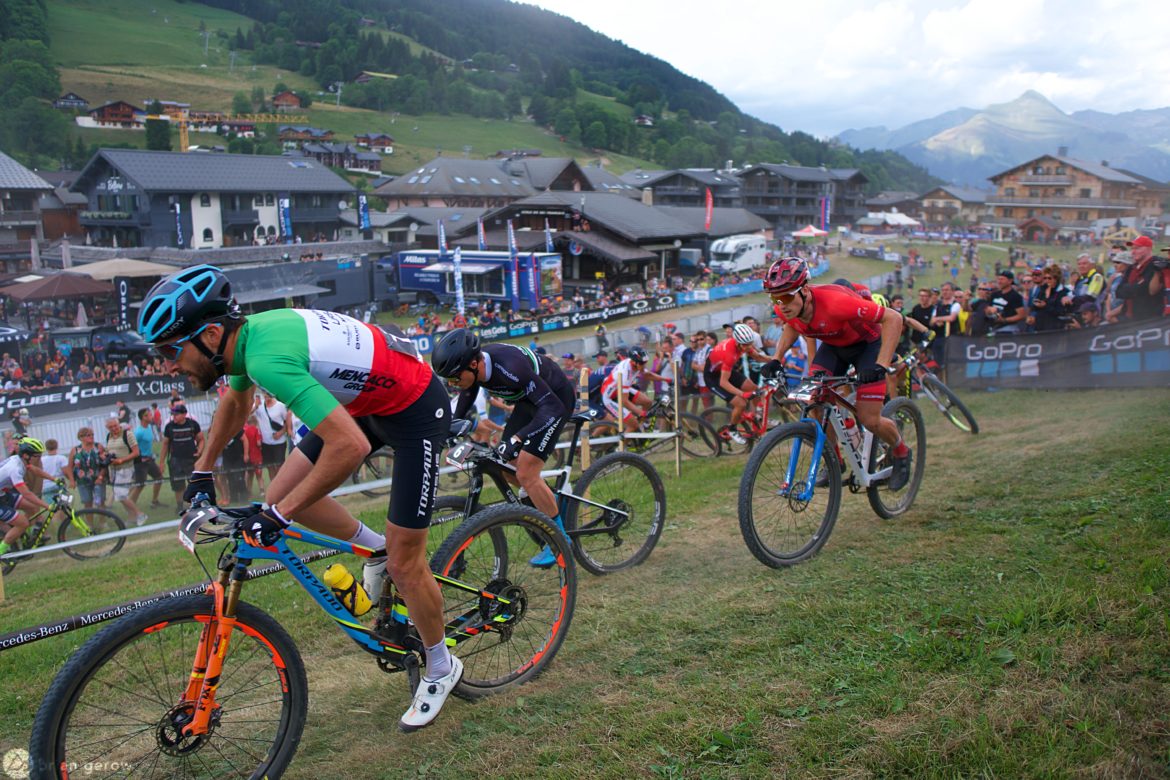 Italian Torpado Ursus team rider, Gerhard Kerschbaumer, pushed the pace for a few laps, only to shut it down and save fuel for the official race. This tactic paid off, as he took second in the long-form XC event, only four seconds off the pace of Nino Schurter. 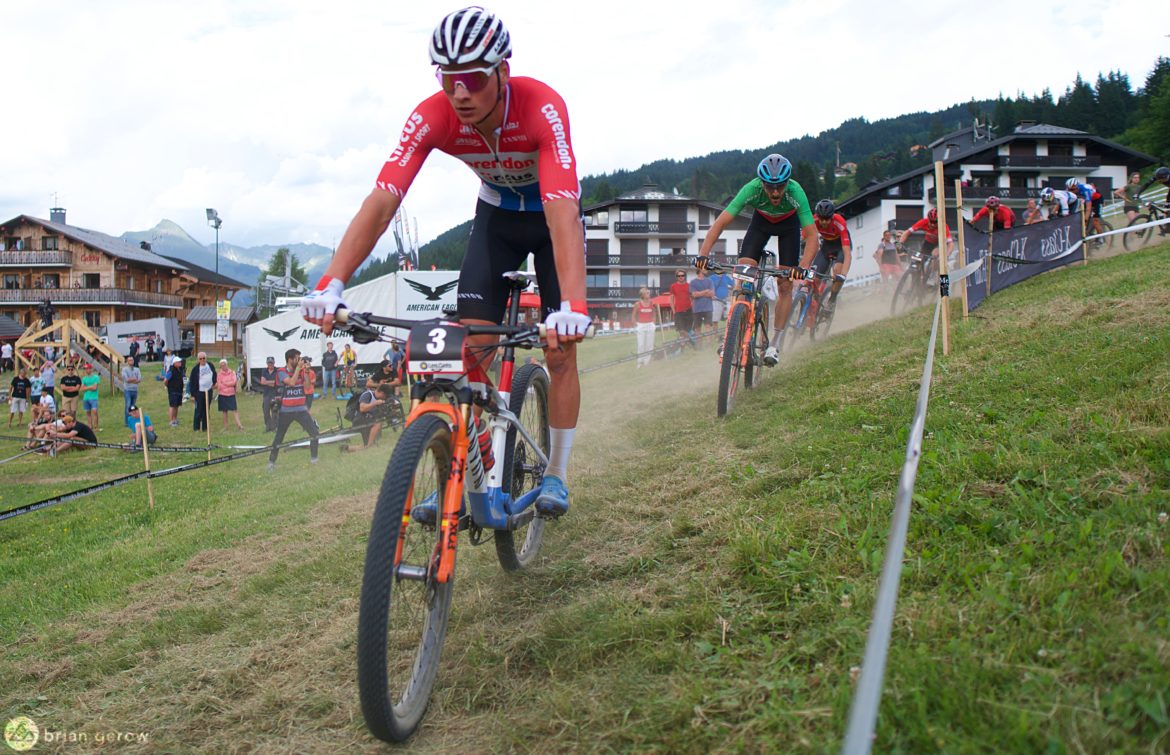 The top podium step went to Mathieu Van Der Poel, with a total race time of 21:51. 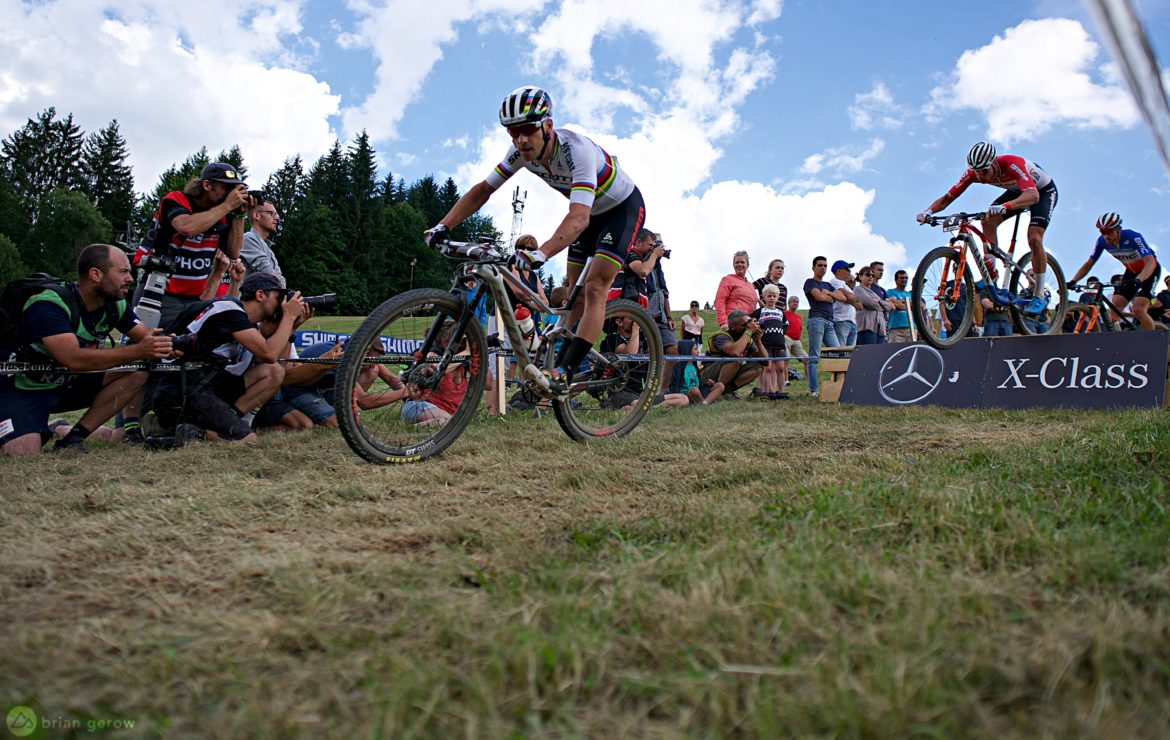 The triangular X-Class drop was a hot spot for photographers. 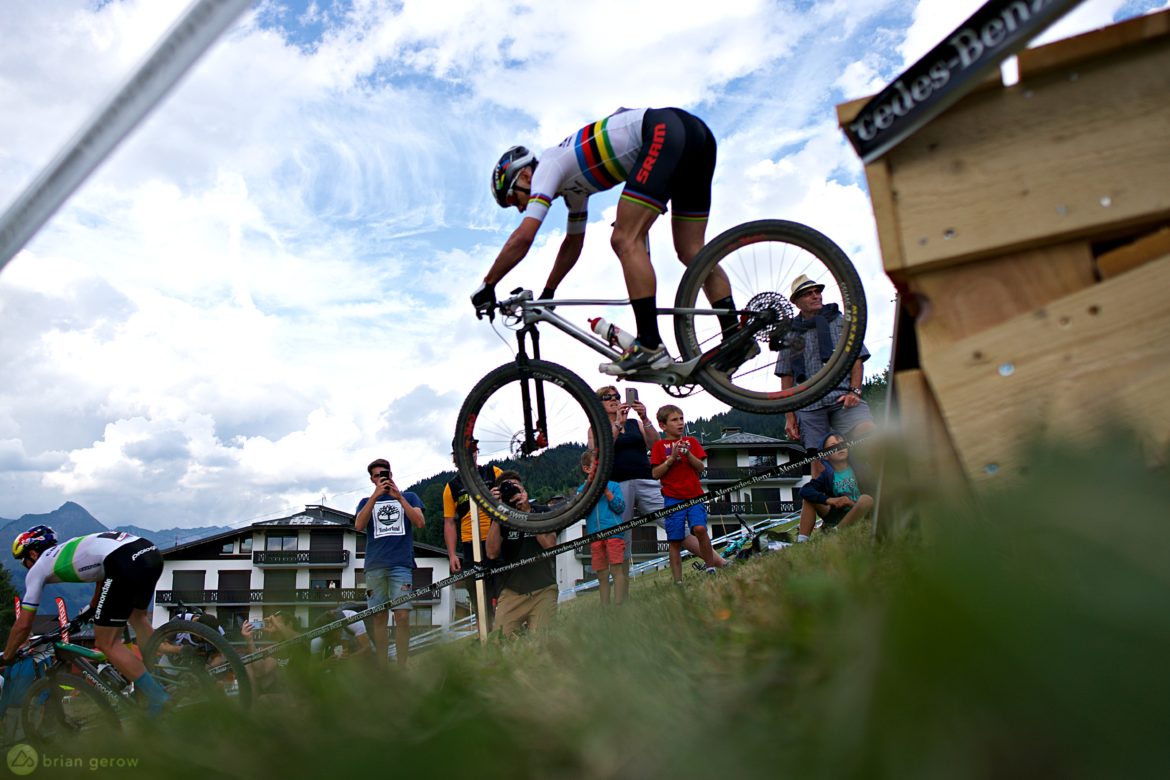 Maybe we don’t all need a dropper post, but they definitely make drops more fun. Nino prefers to save weight and send it old school. 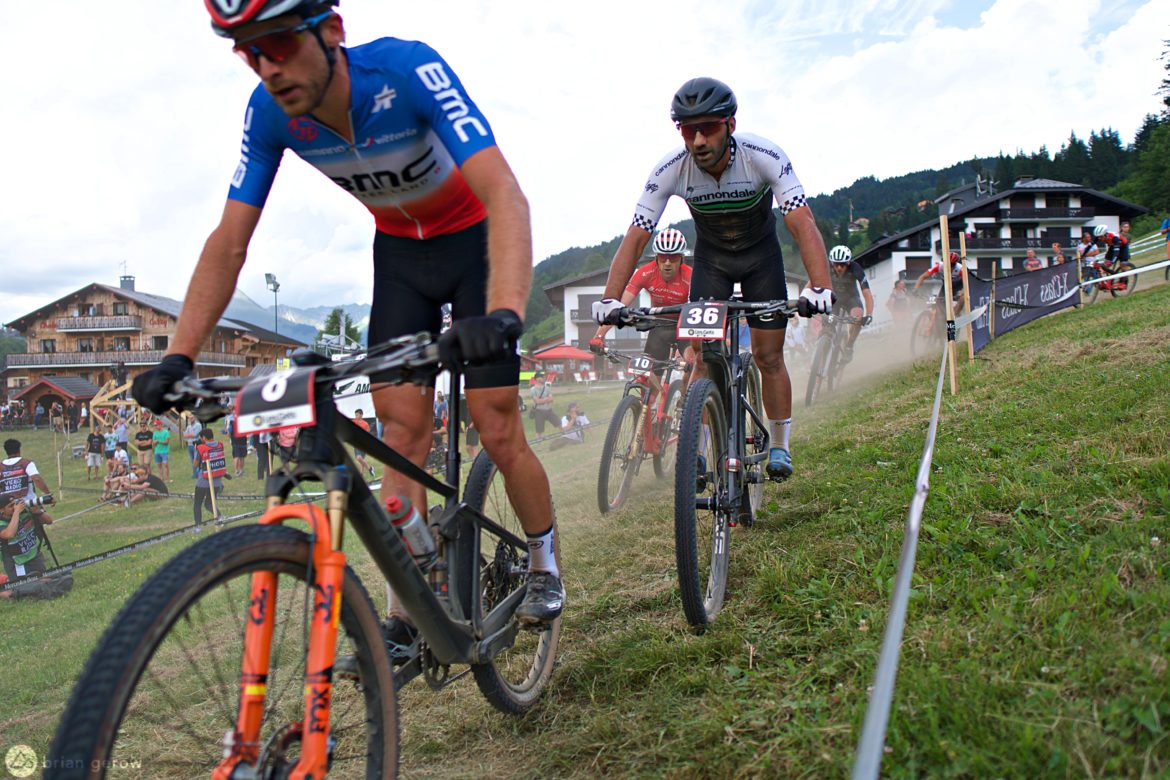 Racers in both fields were wearing a five o’clock dust shadow by the time they reached the finish. 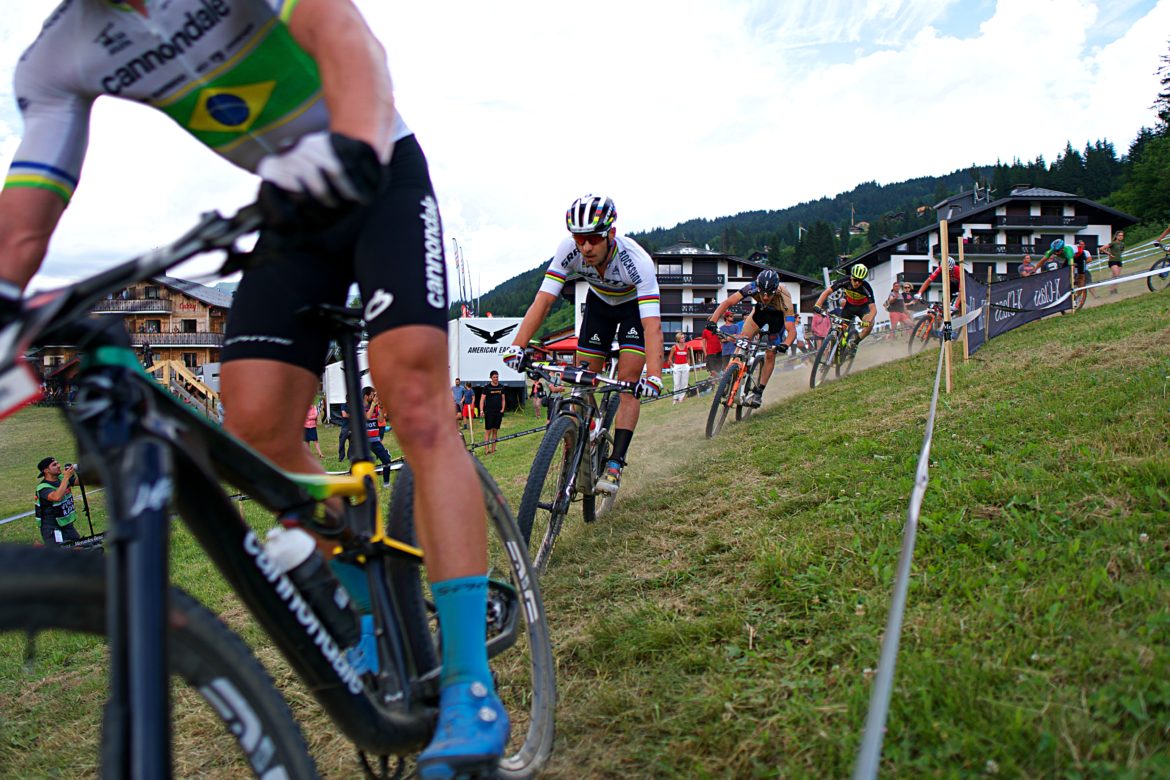 Brazillian, Henrique Avancini, attacked throughout the race to finish in the 2nd slot behind Van Der Poel. 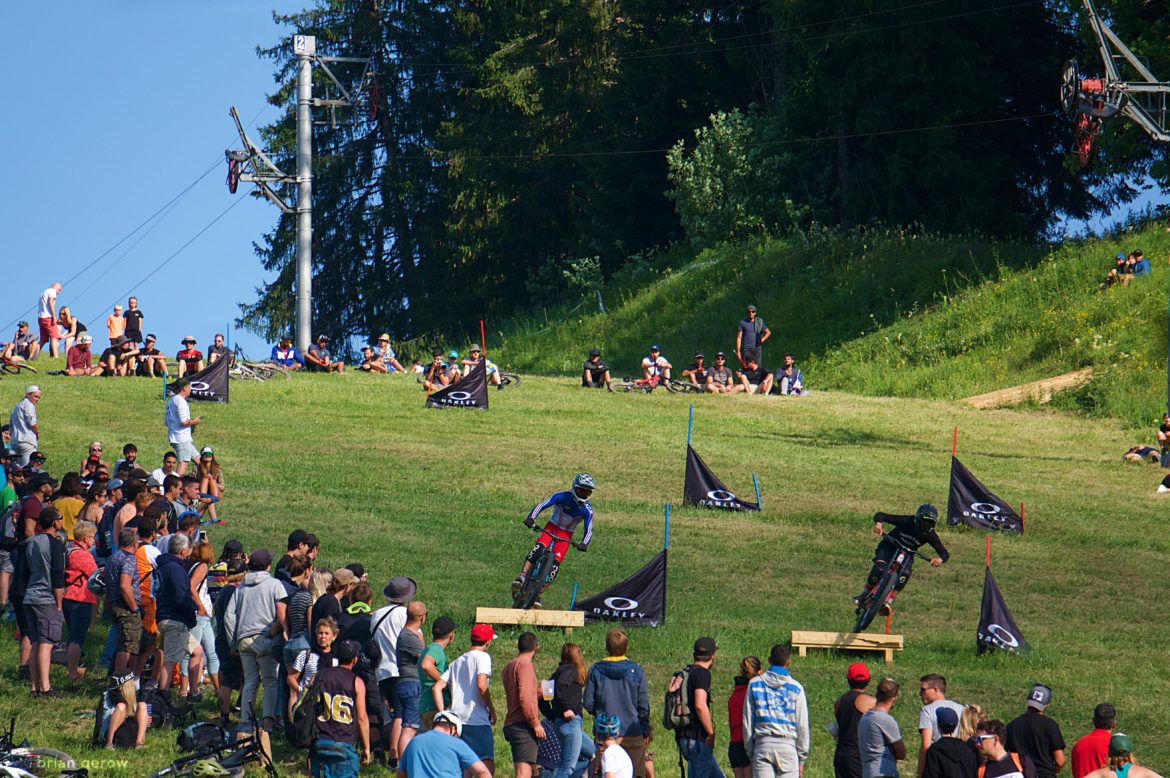 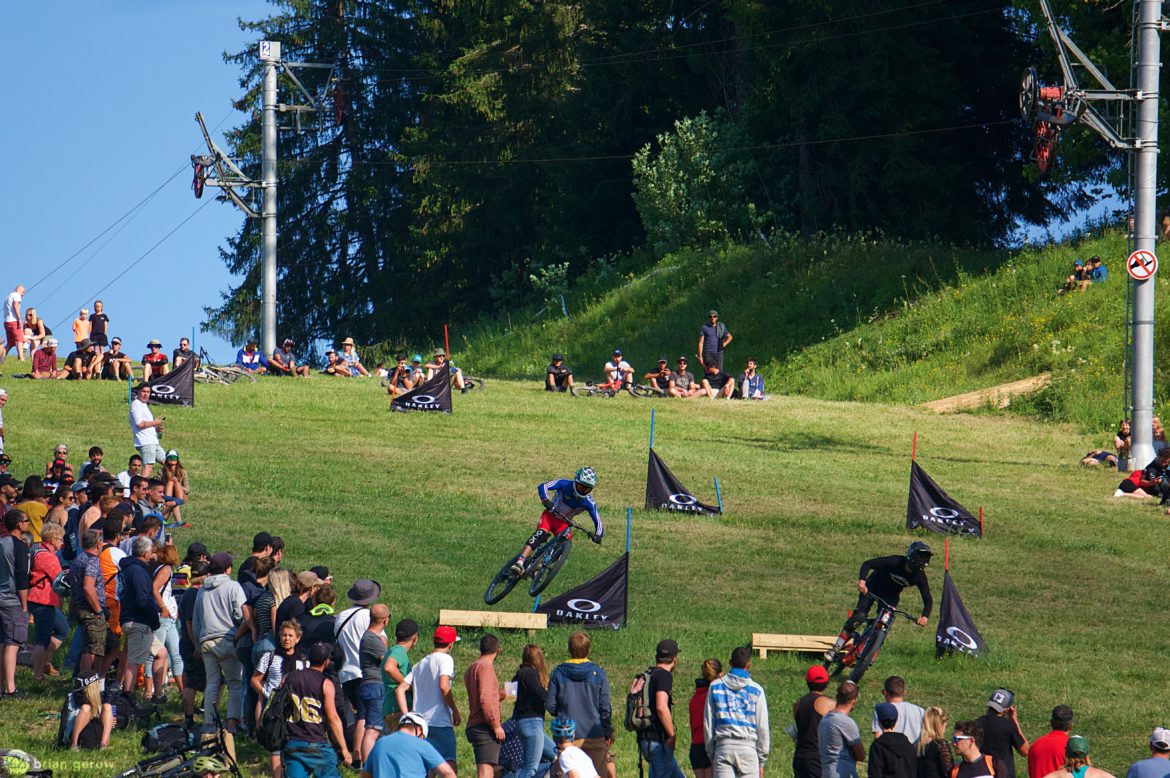 The “race” was an invite-only event, including competitors from several elite-level disciplines. 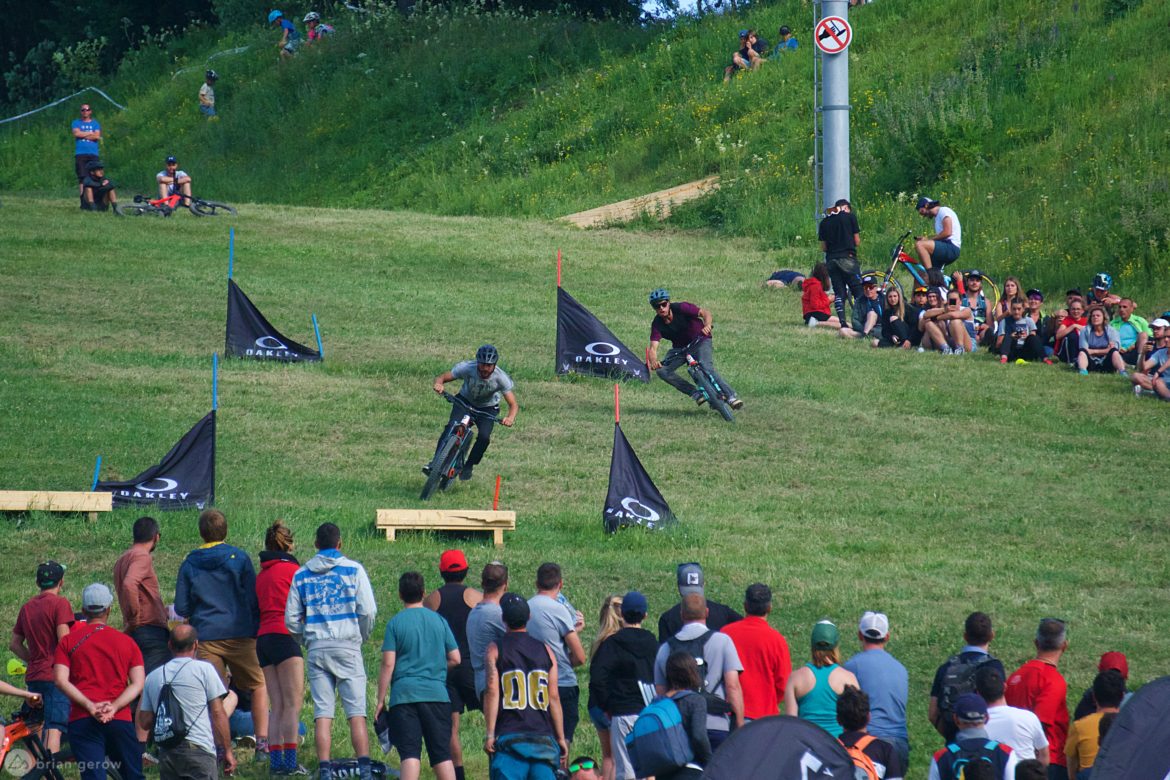 Of course, there was an appropriate number of t-shirt and jeans contestants. 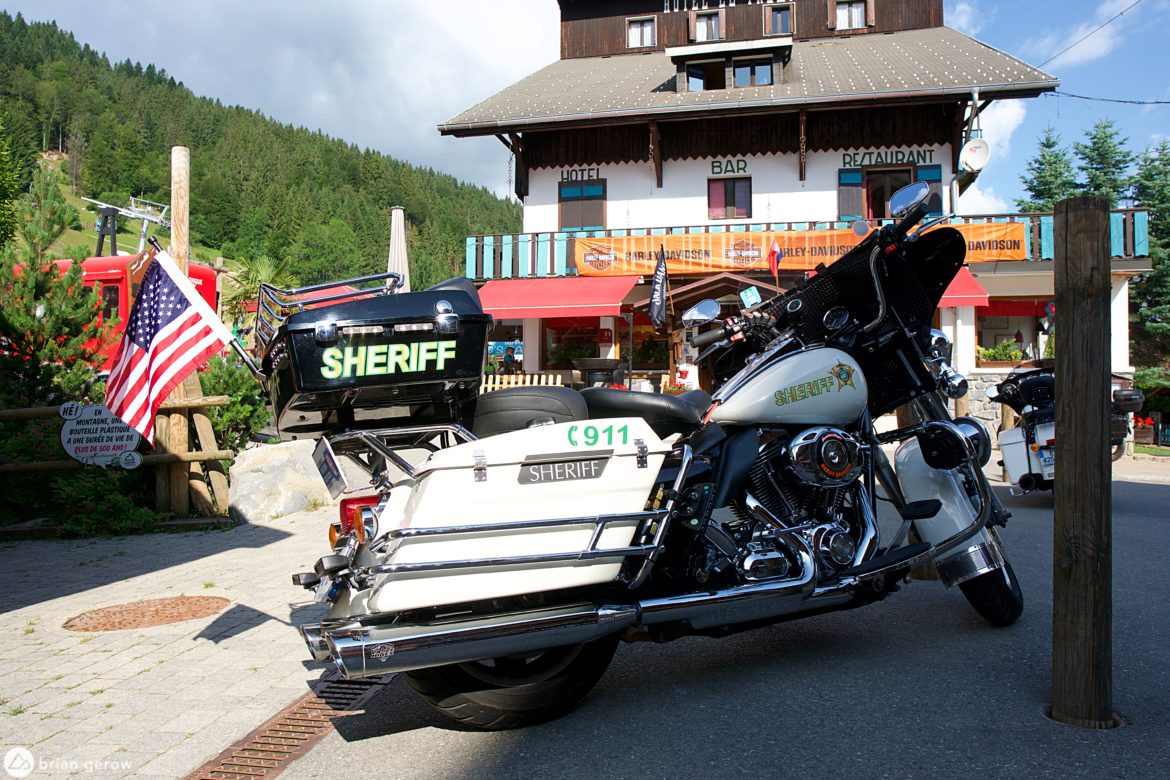 Just over the ridge from Les Gets, in Morzine, France, A Harley Davidson festival had the pavement humming and restaurants bustling.

Gerow
If not riding then I'm writing, or quite possibly cooking something. I play bass with nine-and-a-half fingers, eat vegetables and fruit, and prefer movement as frequently as possible. I find discomforts and challenges more useful than most things, particularly what emerges from them. If I died and could return as anything I would choose a camp fire.

Not sure how I would feel hitting that drop when full gassed. Seems like it would be a place to make a mental mistake and nose dive over.