Chainbuster and NiteRider are hosting the first-ever Nite Nationals mountain bike race on October 25, 2014 at Chewacla State Park in Alabama. The 12-hour, night race format is a fairly new development, so I wanted to get the lowdown from head Chainbuster, Kenny Griffin. The following is an edited interview with Kenny.

Singletracks (ST): Chain Buster hosts a few of these “night only” races (including the 12 Hours of Zombie Apocalypse). What is it about riding at night that is so much fun?

Night riding is fun because it gives the rider a different look at a trail they may have ridden thousands of times. Combine this with a relay race with your buddies at night, music, and a campfire, and it makes for a great time.

A race like this is more of an adventure at night. Shredding singletrack in the cool night air lit up by a light system in the middle of the woods at night is exhilarating.  Your line of sight is limited by your light source and requires you to pay much more attention, especially in technical sections.

ST: The inaugural Nite Nationals race is coming in October. What inspired you to create this event?

I was inspired to create this event because there seems to be national, sanctioned races for most, if not all, of the disciplines of cycling… except night riding. We have created the Dark Nite Series with the support and blessing from our title sponsor, NiteRider Technical lighting systems.

We wanted to create a series at night that had never been done before. There are tons of MTB riders and racers who love to ride at night, and we wanted to be able to give them a playground to test their skills and equipment.

Thinking through the series model, we thought MTB racers in the U.S would love a series to cover all of these things and finish up with a true test of skills at the Nite Nationals. You do not have to participate in the series to compete in this year’s Nite Nationals race. After year one of building the race attendance, we will put into place a list of criteria and rules in order for riders to qualify to enter this race. We’ll implement this for 2015, which will also increase the credibility of this race so it’s truly worthy of calling itself the Nite Nationals. We’ve actually had several night race organizers across the U.S contact us about using their events in the qualifying series next year.

To take home the cash prizes at the Nite Nationals it will take a well-rounded and skilled mountain bike racer. The top riders will need to posses the ability to conquer sleep deprivation and not be intimidated by the darkness. He or she must have the endurance to sustain a quick pace to lead the pack lap after lap at night.

Equipment will be a huge factor in this as well. It will take more than one light system for a racer to do this all night for the 12 hour period. Competitors with NiteRider-brand lights will have an advantage since the NiteRider Van will be on site charging batteries for racers with compatible light systems. This could potentially save valuable time changing batteries out and not having to self-charge light systems.

Nutrition is also a huge factor at night. Leading a normal life during the day and sleeping at night can cause a considerable swing in your body’s reaction to consuming nutrition while participating in an endurance activity at night. If your body is not used to this sort of activity, it could possibly create some problems for racers as well.

ST: How many solo riders typically complete a 12 hour night race like this? Is the number growing?

This is the first year of this series so our participation numbers are a bit difficult to gauge. At one 12 hour night race last year we had approximately 40-50 solo racers competing.  The overall number of racers seems to be growing as night racing is getting more and more popular. Word of mouth is spreading about the series and about the Nite Nationals race itself, so we do expect participation to continue to grow. We have had some pro MTB racing attention from the West coast for the Nite Nationals race this year, as well as some regional pro racers who are planning to attend.

ST: Tell us a little about the course at Chewacla.

Each lap is approximately 10 miles long. The course is all singletrack with exception of the infield, and every bit of it is hand-built trail. Some of our trail utilizes a historical bike path that was built in the 1900’s by Dean Petrie of Auburn University. 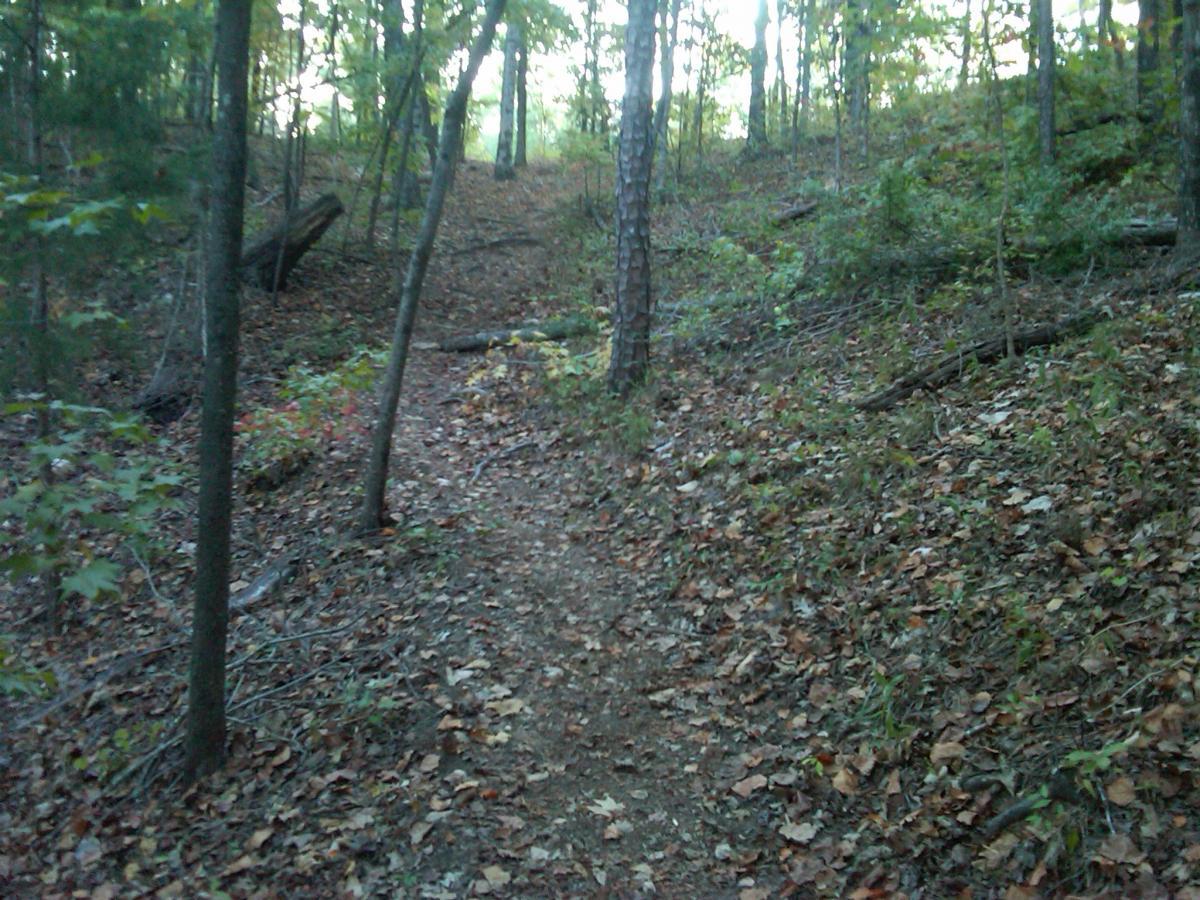 Racers will find plenty of rocks and roots with a few wooden bridges. Overall the course is moderately technical due to that fact that it’s hand built. We made sure to utilize a number of natural features, and this trail is suitable for the cross country rider who enjoys an old school, hand built trail that flows well with the natural terrain.

Chewacla is easily accessible from the interstate but still has a deep woods feel. Night riding at Chewacla is always entertaining, and the moderately technical terrain is heightened by riding with a light system. In addition to a great trail system, Chewacla is located in Auburn, AL, home of the Auburn Tigers. This vibrant college town offers a number of interesting restaurants and a exciting night life.

For more info about the 2014 Nite Nationals, including registration, check out the official Chainbuster website.